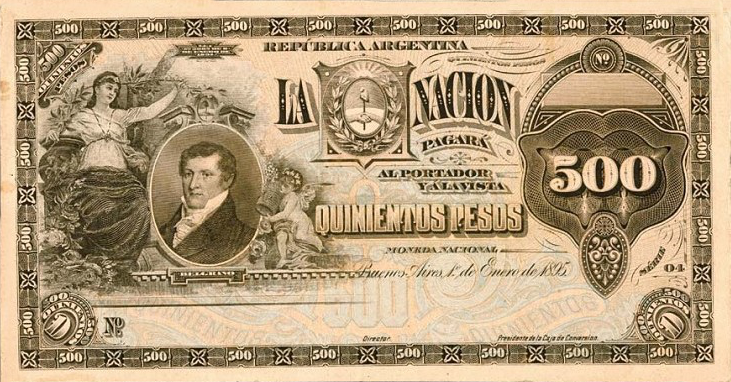 Arbitrage and Import Controls in Argentina during the 1950s

Following the Second World War, there was a worldwide dollar shortage due to the United States’ high level of self-sufficiency as an agro-industrial behemoth. Governments therefore imposed quantitative controls on imports, in order to ration the available supply of dollars. A study made in 1955 by John Hopkins, an enterprising member of the US Embassy in Buenos Aires, demonstrates how these controls presented fantastic opportunities for arbitrage profits for those who could obtain them.

The study compiled data on the wholesale prices of numerous goods in Argentina and the United States, then used the prices of the goods in the two countries to calculate implicit exchange rates, which could be compared to the official exchange rate paid by those who were able to obtain an import permit. The results are striking. Hopkins found, for instance, that a new automobile cost 2030 dollars in the United States and 300,000 pesos in Argentina, giving an implicit exchange rate of 147 pesos per dollar. For the entrepreneur lucky enough to get an import permit, however, the automobile could be imported for 14 pesos per dollar. If 20 per cent is added to the US price to account for trade costs, the car would have cost 2436 dollars CIF, which converted at 14 pesos per dollar would have resulted in a total cost of 34,000 pesos, giving a 266,000 peso – or almost 800 per cent – profit when the automobile was sold on the Argentine market.

While the differential between the implicit exchange rate and the official exchange rate was extreme in the case of automobiles, it was still high for most other manufactured goods analysed by Hopkins, as shown in Table 1. Clearly, then, obtaining import permits was a good business as they created opportunities for extraordinary profits from arbitrage (that is, exploiting differences in prices).

In another study, this time a broad overview of ‘Argentine Economic Power Groups and Monopolies’, Hopkins described how these arbitrage opportunities were exploited. He wrote:

Overvaluation of the peso at the official rates, results in an intensified demand for imports. Bargain rates for the dollar, at something like 30 percent of the black market rate, coupled with great scarcity of foreign goods, make nearly every importation an opportunity for exorbitant profit.

The Central Bank establishes the amounts of foreign exchange that can be allocated for the purchase of different commodities. These may be further classified according to the countries from which the goods will be bought. Permits are then issued to individual importers. These importers almost invariably represent a few established businesses; to the operators of these, a new firm would be an interloper to be excluded.

In a number of import and export trades there are associations which seek to protect their specific trades against demands of other trades, which work for larger quotas or more favorable exchange rates for themselves. Individual importers in the same trade or industry tend to bury conflicts between themselves in the interest of greater individual gain from cooperation with each other and their association.

Notably, the businessman that Hopkins highlighted as a prime beneficiary of this process was Jorge Antonio, the entrepreneur with close links to Perón via Juan Duarte, the president’s brother in law. Antonio and Duarte made a fortune importing automobiles.

Hopkins’ study thus provides a useful source for studying Argentina’s political economy during the first Peronist governments. As far as I am aware, nowhere else is there such detailed data on relative prices on Argentina in this period. In my opinion, this is one example of how historians could use the US State Department archives, since they contain information on a vast range of subjects and have hardly begun to be mined for treasure.