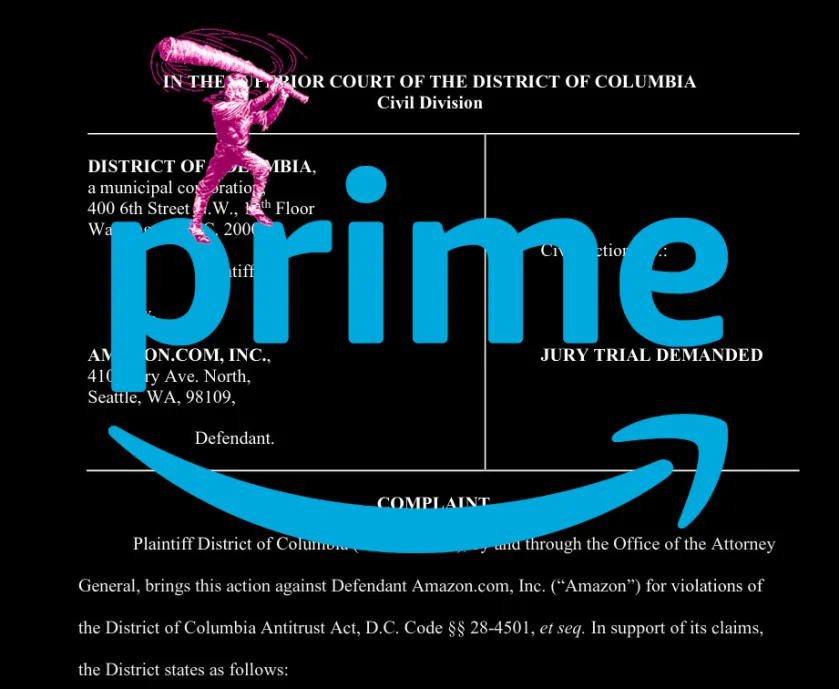 The antitrust case against Prime

The starting gun on Big Tech trustbusting was fired in 2017, when Lina Khan, then a law student (now an FTC trustbuster!) published “Amazon’s Antitrust Paradox,” a law-review article showing how Amazon formed a monopoly without legal trouble.

The key was a Reagan-era shift in antitrust policy, based on the theories of the Nixonite criminal Robert Bork. Bork held that the only time we should fight monopolies is when they inflicted “consumer welfare” harms, by driving up prices.

That meant that monopolies that made prices go down – by abusing their workers and suppliers, rather than their customers – were safe from antitrust enforcement. Borkism was hugely popular with wealthy people, who bankrolled its global expansion.

Every president since Reagan has embraced and furthered the “consumer welfare” doctrine, which meant that when Amazon tapped into the capital markets for billions, it was able to safely offer prices below their wholesale cost, using investor cash for subsidies.

Then, after it had extinguished all its competitors, it could end its subsidy and switch it to its suppliers – forcing them to cut their margins and wages to unsustainable levels to maintain those prices.

This was “Amazon’s antitrust paradox”: it could inflict vast monopoly harms on the economy but never face antitrust enforcement because it harmed workers and other businesses, not “consumers.”

Now that the Big Tech trustbusting movement is in full swing, state attorneys general and the feds (DoJ and FTC) have brought antitrust actions against GAFAM, including multiple suits against Amazon.

One of the more interesting suits is DC Attorney General Karl Racine’s cast against Amazon:

As Matt Stoller explains, the DC-Amazon case has a better chance of succeeding than any of the other antitrust actions brought so far, because it accuses Amazon of driving up prices.

To understand how that works, you need to understand the role Amazon Prime plays in the company’s business. Jeff Bezos described Prime as “a moat around our best customers.” Once you pay for fast, flat-rate delivery, you’re powerfully incentivized to order from Amazon.

Locking customers into buying from Amazon locks businesses into selling on Amazon. That allows Amazon to structure its own market – and the markets of all other businesses.

For example, Amazon gives search preference to Prime-eligible items. Realistically, if you’re an Amazon seller and you’re not in the first screen or two of results, you will not make any sales.

(Incidentally, if you’ve ever seen those breakdowns of the ad-tech market that show Amazon making billions from ad-sales and wondered how that worked, it’s not actual ad-sales revenue in the way that Google and Facebook get paid for ads)

If you want to be Prime eligible, you have to sign up for a lot of conditions: you have to promise you won’t sell more cheaply anywhere else, you have to let Amazon pack and ship your products, and you have to give up commissions of up to 45% on each sale.

To recap: Prime means you have to sell on Amazon because that’s where everyone buys. To sell on Prime, you have to give Amazon 45% of the sale-price, and you can’t sell more cheaply anywhere else.

The “free shipping” you get on Prime items is actually paid for by a one-third markup that everyone who buys anything on Amazon, or in any other store, pays.

In other words, Amazon hasn’t just used its monopoly power to raise prices on its own customers, but on everyone’s customers. And that is the one thing that US antitrust law still vigorously punishes.