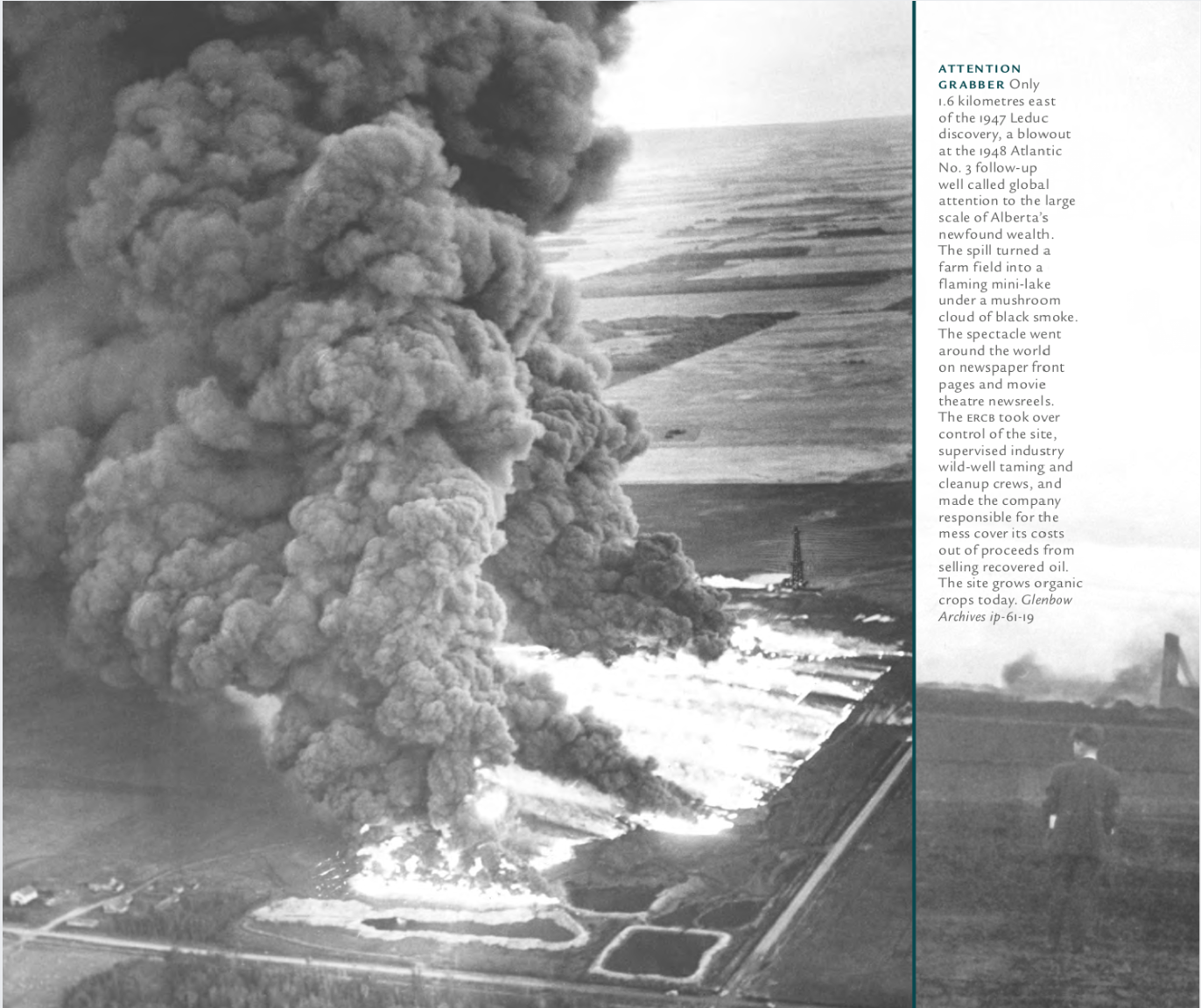 Author’s note: At the end of the First Cold War, Canada tried to make the polluter pay. This resulted in the United States launching an unknown, but successful coup in Alberta over the course of 1991-92. And the results of that coup are the single biggest threat to a liveable future.

This three-part series will document the secret January 17th 1991 ‘no-lookback’ deal over oilfield cleanup, the December 5th 1992 selection of Ralph Klein as the leader of Alberta’s governing party, and the April 9th 2003 US recognition of Alberta’s oilsands as “bankable” reserves.

In June 1989, the Progressive Conservative provincial cabinet backed environmental protection orders against a bankrupt oil and gas company, Northern Badger. After losing in lower court, the provincial oil and gas regulator imposed on industry its first licence transfer restrictions, appealed the lower court decision, and published what still remains the finest report on the subject in December 1989: Recommendations to Limit the Public Risk from Corporate Insolvencies Involving Inactive Wells.1

By the next fall, the Canadian Institute of Chartered Accountants had introduced oil and gas to full-cost accounting for the first time. Then, in June 1991, Alberta’s chief justice penned the unanimous Northern Badger appeal court decision affirming oilfield cleanup does indeed come before secured creditors get repaid.2

But what should have been the nail in the coffin came in November 1991, when the Canadian Bankers Association publicly accepted Northern Badger and would do its part to police polluter pay with environmental audits and executive guarantees.3

The coordinated effort required to assert such a foundational principle of sustainability deserves genuine appreciation: the media, public opinion, political leaders, energy regulators, accountants, the courts, and even bankers – all openly committed to the principle of polluter pay.

It was arguably Canada’s greatest moment as a nation.

Unfortunately for a liveable planet, an American coup launched an ongoing imperial assault against the polluter pay principle (the same day the first US bombs fell on Baghdad), culminating with the official recognition of Alberta’s trillions worth of bitumen reserves (the same day US marines pulled down Saddam’s statue), and the rigging of Canadian securities markets six months later.

Environmental concerns in Alberta were rising to the top of the polls in 1989 and rated the top Canadian concern: ‘88% of Canadians said they felt that public health was affected by pollution, 73% of respondents stated that pollution was a major cause of cancer, and 81% considered that pollution problems threatened the survival of the human race. … The media contributed a great deal to the dawn of new values by regularly reporting on environmental disasters’.4

In the past, ‘companies figured the money they could get from salvaged equipment at a site was enough to cover the cost of cleanup’.5 But as soon as Canadians set about trying to change that, the foreign-dominated industry’s counter-offensive was led by former Calgary mayor and new provincial environment minister, Ralph Klein.

In December 1989, oil and gas regulators responded to losing in lower court by putting industry on notice that it wouldn’t be allowed to sell its wells to anyone regardless of their viability, it wouldn’t be able to let idle wells rust indefinitely, and that it would pursue former owners for cleanup costs.6

Klein returned from Christmas vacation to announce he was beginning a two-year process rewriting Alberta environmental law. Klein responded to the accountants’ October 1990 announcement with details of his draft bill: “It’s exactly as I thought it would be. It’s set up totally to give the minister [Klein] control over everything,” said University of Alberta professor David Schindler.7

The next Canadian salvo asserting independence from our southern neighbours came in June 1991, when Alberta’s chief justice affirmed oilfield cleanup must come before secured creditors are repaid if a company fails.8

The Northern Badger decision wasn’t reported by Alberta’s major dailies until the week following its release, but Klein responded immediately with a fine for a new Japanese pulp mill. He said the prosecution was evidence the province was committed to fighting polluters.9

(Klein’s ministry had to work 24-hours-a-day to introduce his bill before the legislative session ended the following week. Despite this third version being late, it was still open to revision—though Klein regarded as a communist plot his political opposition’s proposed amendments for whistleblower protection.10)

The appeal court’s Northern Badger decision was a blow against the coup. The Canadian Supreme Court affirmed as much by rejecting to hear its appeal on the first anniversary of the January 17th 1991 coup.11

But the greatest threat to the US coup came from Canadian bankers, who – even before the Supreme Court decided not to hear their appeal – publicly accepted the polluter pay principle in November 1991.12

Without lending from local banks, industry would be doomed. The coup would lose its loot.

The same regulators and industry lobbyists that had made a secret ‘no-lookback’ deal on January 17th 1991 immediately struck a subcommittee to manage the crisis.13

But by the time the Supreme Court affirmed Northern Badger on January 17th 1992, the fix was already in. And the main fixer was grinning like a Cheshire cat.

The Alberta oil and gas regulator’s manager of drilling and production, John Nichol pretended it was bad news for shareholders. “It’s certainly going to hurt,” agreed Nichol. “But that’s the oil and gas business. You can’t just drill wells and walk away from them.”14

In April 1991, as Nichol was informing industry of the ‘no-lookback’ deal at a Calgary drilling conference, the constitution of the Conservative Party of Alberta was changed to adopt a new American-style open primary for November 1992’s leadership convention.15

As 1992 unfolds in part two, we’ll see the coup’s subcommittee sit down and straighten out Canadian bankers, who then hatch a fake newspaper series on oilfield cleanup. The Canadian oil lobby as we know it today was formed in response to Northern Badger and published a fake cleanup manual in the fall 1992 and hosted a fake cleanup conference in Calgary the week before the provincial leadership convention for Alberta’s next premier…