Capitalists no longer fear the ruled because the ruled think they’re capitalists, too, and they’ve been conditioned to blame their government for their failures, not capitalists

Yes, fraud is a very potent weapon, particularly in capitalism. But we should be careful of appearances. The overt power of the rulers always hides covert fear of losing this power, and collapse, from Belshazzar in Babylon to the communist parties in Euroasia, often occurs when the rulers are caught in their hubris.

This chart, taken from ‘The Limits of Capitalized Power. A 2020 U.S. Update‘, shows that the power of U.S. capitalists in general and dominant capital in particular, having increased dramatically in the last century, is now running against an asymptote.

I’m not sure this asymptote is entirely lost on those in power. 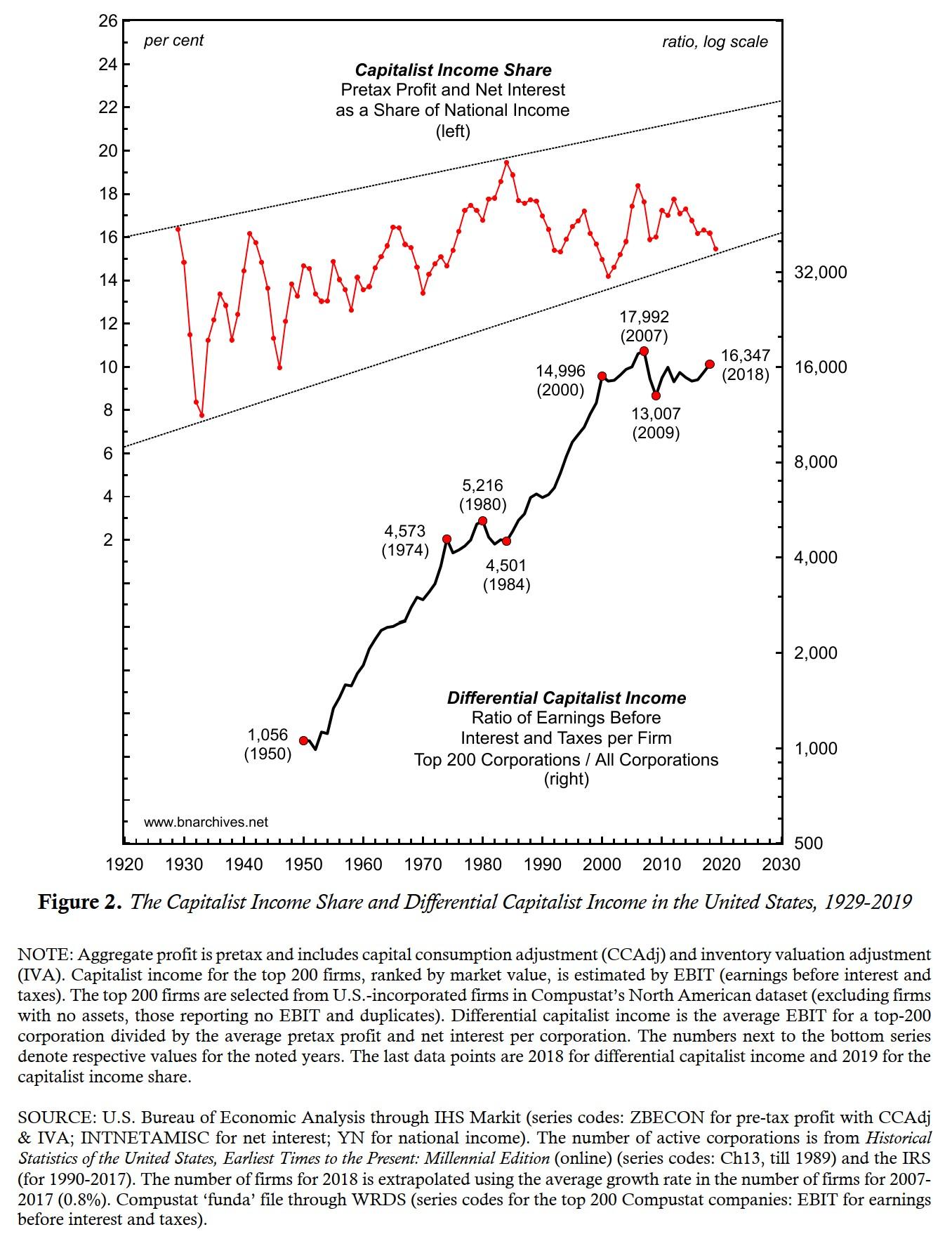