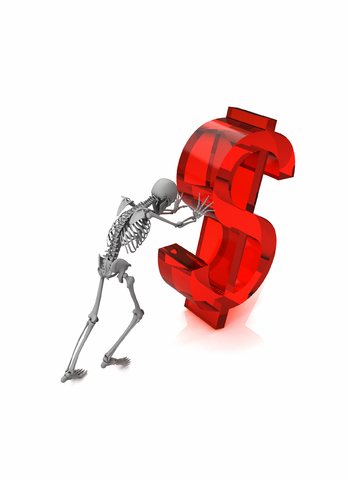 ‘Ask a Mortician‘ is a quirky and informative Youtube series with mortician Caitlin Doughty. The most recent video touches on the political economy of the funeral business. The question is based on an anti-funeral business rant on Reddit and asks: “Is the Funeral Industry a Pyramid Scheme?” Doughty quickly sets aside the misleading use of the phrase ‘pyramid scheme,’ which is a specific type of financial fraud and is not at all an appropriate label for what the Reddit ranter described. However, she does agree with the rant that the corporatization of the funeral industry has changed how it operates on the front lines. Specifically, she notes that as big businesses have come to dominate the funeral industry there is an emphasis on up-selling and profit. She says those who work on the front lines will have selling quotas and get calls from head office if they fail to meet or exceed those quotas. At the same time, she takes exception with the suggestion that the entire business operates in this way.
Doughty insists that in the small, local funeral homes where she has worked, the emphasis was not on profit and selling. She said grieving customers were never pressured to buy a product or service they did not ask for or need. This distinction between profit-driven Big Business and the non-profit-driven small business is a popular one. It drives much ‘buy local’ rhetoric. Yet, it lacks a theoretical basis, not least because standard political economy has little means or need to make this division, despite its vernacular appeal. Capital as power, on the other hand, with its emphasis on ownership, rather than production, and on differential accumulation, provides a theoretical means to pursue the question. It is reasonable to surmise that when the owners and managers are the same people, and they are neighbours with their customers, it is both in their interest, but also in their ability, to pursue ends other than strict capital gain. A locally situated funeral home owner could see his or her business first in terms of its serviceability to the community. He or she could take pride in that role. Doing good could be for its own sake and not just because it improves ‘brand appeal,’ or some other bottomline justifying rationalization. When ownership is displaced among shareholders, however, serviceability for its own sake is subordinated to returns. The funeral business and industry could provide a unique empirical window into the viability of the distinction between Big Business and small businesses and enable some interesting theoretical developments.