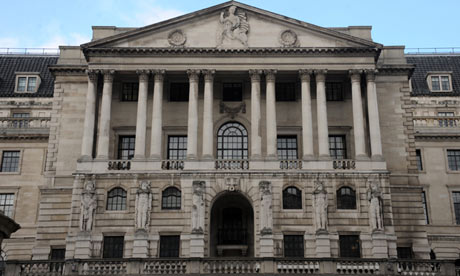 Central banking and the governance of the price architecture

With the Bank of England signalling an impending interest rate rise, monetary policy has returned to centre stage. Since 2008 we have lived through a period of extremely unorthodox monetary policy characterised by unprecedentedly low interest rates. This era of ‘cheap money’ may now be about to end and a return to ‘normality’ (interest rates above the zero-bound) is looming. Fears abound as to what this might mean for Britain’s fragile recovery.

But why are interest rates seemingly so important for understanding the future trajectory of the British economy? And why is so much attention paid to what Mark Carney and the Bank’s Monetary Policy Committee have to say?

One way into this puzzle is to identify important features of contemporary capitalism as a distinctive socio-economic system. There are many characteristics commonly identified: the entrenchment of private property rights, the wage-labour relationship, the profit motive and the need for ever-expanding markets, to name a few. But another, less commonly identified, feature is the universality of prices within capitalism’s symbolic order.

While political economy scholars have drawn attention to the way in which power is discursively constituted through semantics and elite ideology, the numerical symbolism of capitalism receives less attention. The symbolic realm of profits, prices, interest and exchange rates is instead often ceded to economists, who all too commonly retreat into a pristine deductivist universe of algebraic abstraction that tells us little about observable empirical reality.

The ‘price architecture’ of capitalism, as Jonathan Nitzan and Shimshon Bichler term the quantitative coding of the economy, is its key source of numerical order. It shapes our economic interactions and enables a form of flexibility, as prices move up and down, which distinguishes capitalism from other socio-economic systems. Raise prices and you exclude more people from access to a given commodity or service; lower them and you include them in activities and acts of consumption that were previously unattainable.

Of course, the very capacity to price items already assumes the legal exclusion brought about through private property rights – a foundational precondition of capitalism. But it’s the ability to adjust the parameters of this exclusion along a price continuum, without fundamentally unsettling the underlying property rights, which makes capitalism so adaptable to change.

This flexibility is, in the grand sweep of history, a relatively recent phenomenon. Prices did not become sufficiently expansive in their scope to warrant much sustained intellectual attention until the nineteenth century. However, as more and more of the world’s population and an ever-enlarging sphere of social activities have been commodified, that price architecture has expanded exponentially.

No one single factor determines the undulations of the price architecture. Whether those movements are inflationary or deflationary, there is simply no way to isolate a mono-causal basis for understanding price fluctuations. The neoclassical belief in the forces of ‘supply’ and ‘demand’, and their associated tendency to reach equilibrium through the adjustment of prices, presents a misleading distortion that isolates prices from the broader structure of society.

Instead, the pricing of social existence reflects the capitalist nomos: the totality of social-legal-historical institutions that constitute society. Within this nomos, pricing represents a symbolic code that is socially created to impose order upon society. In the modern corporate world, that order benefits the dominant institutions of private power which exert enormous influence upon society through their control over and pricing of resources, be it pharmaceuticals, food, energy, banking services or personal communication. Nearly all spheres of social activity have now been subordinated within this commodified price architecture. The staggering rise of the one per cent’s share of wealth and income is not merely coincidental with this development.

The majority of pricing power, then, emanates from the private sphere: it is to be found in the boardrooms of powerful corporations and on the trading floors and computer systems of global financial markets. But state power also has an important role to play here.

This brings us back to questions of central banking and its importance. Central banks represent a key channel of state power within the price architecture, attempting to govern that architecture. To do this, they act through the conduit of financial markets, influencing a broad range of macroeconomic factors such as investment, consumption, savings, inflation, the exchange rate and the labour market.

The central weapon in the central bank’s arsenal is the interest rate. Through manipulating the interest rate the Bank of England attempts to influence the price of money within the economy by adjusting the cost to banks of borrowing reserves. Because the money supply is the vital fluid within the plumbing of the price architecture, controlling this input has a special systemic significance. Within contemporary central banking the primary objective is ‘price stability’. This means, in practice, not stability, but an accepted rate of steady and gradual price inflation that reflects stable economic growth.

How do these actions bear upon the broader price architecture of capitalism? Certainly, central banks do influence price movements and macroeconomic trends, although there is considerable debate over exactly how. Raise interest rates and the price of money increases; lower them and it decreases.

Yet it is important not to overstate the reach of the Bank’s policy decisions. Lending is still a discretional decision made by banks that depends on their willingness to lend and customers’ desire to borrow. In addition, the way in which interest rate shifts will be priced into the broader economy is obscure and almost impossible to identify. These considerations illuminate the impotence of central banks in shifting pricing patterns as a whole.

Public fixation on the Bank’s policy decisions ignores the extent to which private actors, wielding enormous power, shape the key dynamics of price movements. In a post-crisis era of unprecedented real wage decline and a cost of living crisis, surely it is time to reconsider more robust public interventions into the price architecture of our society than the fine-tuning of monetary policy offers.

Extortionate energy prices have been enveloped in scandal over the last year or two. This is a welcome development that demonstrates the popular understanding of the connectivity between prices, power and justice. But we have yet to witness a broader politicisation of prices in toto: one that might include a much wider array of goods and services, not to mention the price of labour (primarily wages), which bear upon our lives.

If we are to achieve this we need to be less concerned with the Bank’s monetary policy and much more concerned with building the political movements and momentum that can redress the profound distributional inequalities within contemporary capitalism. Social justice should not be considered in distinction from the price architecture that shapes our lives and allowing central banks to govern that architecture won’t generate the equality that our society requires.