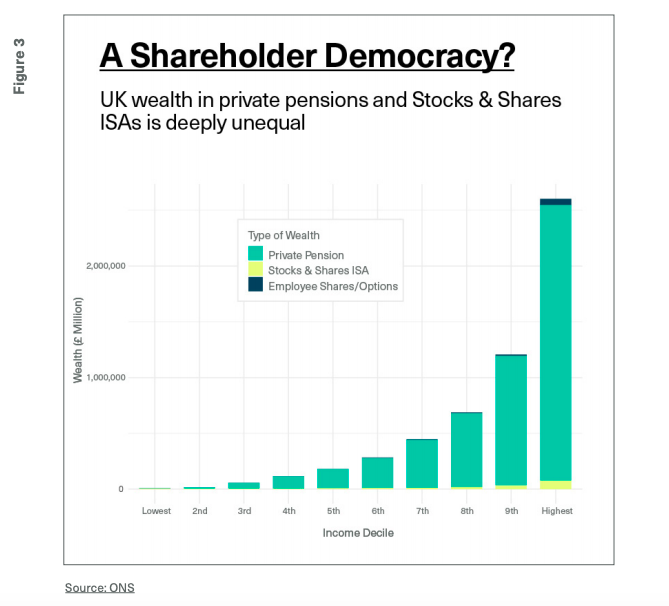 Is the UK a Shareholder Democracy?

Last month I had the pleasure of working on a new Common Wealth report entitled Commoning the Company with Mathew Lawrence, Adrienne Buller and Joseph Baines. In the report we put forth a vision for redesigning the company in light of the COVID-19 pandemic. The current crisis, we argue, presents an opportunity to create more democratic and sustainable companies that prioritise the needs of society and the environment over short-term profit and wealth extraction.

Collaborating with Common Wealth has been a great experience for many reasons, not least because it has forced me out of my empirical comfort zone. To date, my research has been largely focused on the US, where data are most readily available. The most exciting research projects are those that address questions for which the researcher(s) don’t have clear answers. And in our research for this report we start out with one of those questions: to what degree have UK companies embraced the ideology of ‘shareholder value maximization’?

In exploring this question, we looked at the amounts that the 100 largest UK nonfinancial corporations have distributed to shareholders in the form of dividends and stock buybacks as a percentage of their net income. The findings, shown in Figure 1 from the report, are really quite staggering. In the span of less than a decade, these companies have increased their shareholder payouts from 43% of net income in 2011 to 103% in 2018.

It might be tempting to downplay such findings. A common refrain is that increasing shareholder payouts are a good thing, because in our shareholder democracy, the vast majority of us own shares in these companies, either directly or indirectly through pensions and other investments. So the next issue we needed to tackle was the extent to which the UK really is a shareholder democracy. In other words, what does the distribution of shareholding look like? Thanks to the work of Edward Wolff, we have a good sense of just how unequal share ownership is in the US, with the top decile of households owning directly and indirectly 84% of all corporate equity. But with no clear sense of what the situation was like in the UK, we starting digging into ONS data to find out.

Additional data from the ONS that didn’t make it into the final report reinforce this picture, showing that the top 10% own 73% of UK shares, and 62% of Stock and Share ISAs, Employee Shares and Share Options and UK shares combined.

Our study shows that the UK companies have fulsomely embraced shareholder value, and increasing shareholder payouts have been mostly captured by the rich. The UK is no shareholder democracy. And that’s precisely why alternative strategies for democratising the workplace – from profit sharing to inclusive ownership funds to codetermination to more robust collective bargaining – must take precedence.