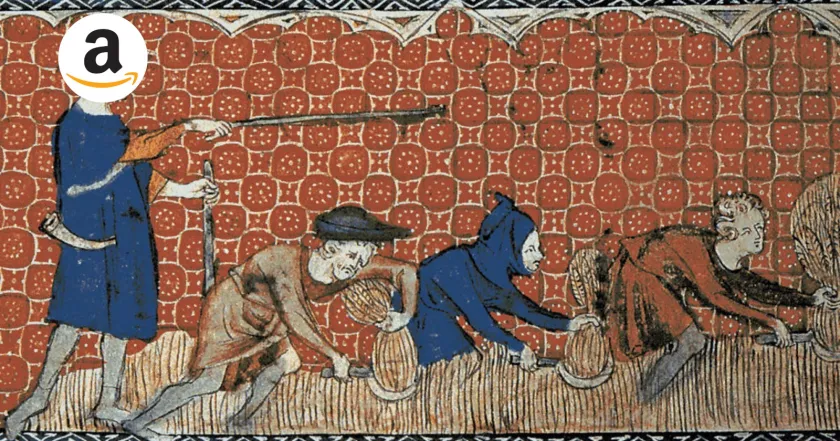 Amazon says only corporations own property

If you visit Amazon’s Prime Video homepage, you’ll see that the title of that page is “Rent or Buy: Prime Video.” There’s a plain-language meaning of “buy” that most of us understand, but Amazon says we’re wrong.

Amanda Caudel is a Prime user who brought suit against Amazon for embedding a gotcha clause in its sprawling terms of service that allows it to revoke the videos you “buy” from it, calling the practice deceptive.

Amazon’s motion to dismiss is telling: they say that you’re not buying a video, you’re buying a license for “on-demand viewing over an indefinite period of time.” That is, a pig in a poke.

Amazon’s attorney wrote, “An individual does not need to read an agreement in order to be bound by it.”

Amazon’s position is that rightsholders might cancel its license to the movies you buy and then they’ll have no choice but to snatch your “purchase” back.

But what Amazon conveniently ignores is that this is only technologically possible because Amazon has designed a system that doesn’t let you download and keep the videos you’ve bought from them (that is, DRM).

It’s been more than a decade since Amazon deleted copies of 1984 from its customers’ Kindles after a complaint from the professional descendants who control the Orwell estate.

After the scandal that followed, Amazon pledged not to delete any more of the books its customers’ buy unless they’re legally required to.

Translation: “If you want to delete some books from the public discourse, find a legal way to force us to do so.”

This is such an obvious danger to free expression, but Amazon’s position is understandable when you consider the larger context. The company “sells” many digitally enabled goods whose fine print asserts the right to modify those goods without notice.

For example: To sell you a Kindle that can read any book you buy aloud to you via text-to-speech, and then change its mind and revoke that feature.

Even when it comes to nondigital transactions, Amazon goes to enormous lengths to ensure that the traditional property rights that we take for granted do not apply to its customers, workers or suppliers – but remain intact for Amazon itself.

Think of its onerous terms of service, its binding arbitration waivers, its confidentiality agreements, misclassifying the bulk of its workforce as “contractors” who are not entitled to workplace protections and the remedies of labor law.

In this regard, Amazon is no different from the bulk of large firms, whose preference is that property rights – and all other rights – are the exclusive purview of transhuman, immortal colony organisms called Limited Liability Corporations.

Artificial persons are the only people who get to own property, or seek protection under the law. Flesh-and-blood humans – customers, workers, etc – are little more than occasionally inconvenient gut-flora.

We have a name for a system in which only a tiny elite get to own property and everyone else has to lease that property and confine their uses to those that are in the interests of the aristocracy: it’s called feudalism.

We’re in a golden age of digital feudalism. Its hallmark is privilege, from the root, “private law.” The public laws – the statutes passed by Congress – exist only to punish those who thwart the private, self-serving choices of firms, whose choices represent the real law.

When I was a bookseller, my store sometimes had times when it struggled to pay its bills and ended up on hold with publishers and distributors, situations where they wouldn’t let us sell their books anymore.

When that happened, I didn’t have to go over to our customers’ houses and take their books away. Creating systems that have this capability, in a time of fusion between large corporations and unaccountable, minority-rule governments, is a reckless and terrifying act.