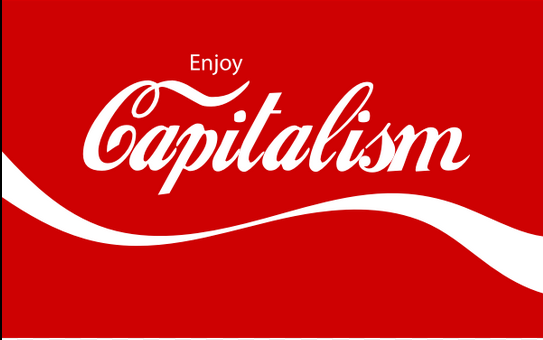 Any student of capitalism knows it is a distinct economic system prone to periodic crises. These crises come in many forms and are typically studied after the fact, as the work of Kindleberger and others have demonstrated. But one of the largest mysteries in political economy is the problem of aggregate demand. Why don’t people have enough money to spend to stimulate the economy or what is more, clear all the goods and services available on the market? There is perhaps no more worldwide complaint than the dearth of money and this makes sense when you look at the math. It turns out that not enough purchasing power is created to clear all the goods and services produced by capitalist enterprise.1 Let’s take a closer look and solve the problem by building on the work of British engineer, C.H. Douglas. But first, let’s go over more well-known territory.

We’ll begin with Say’s Law. This so-called ‘law’ stems from Jean-Baptiste Say, an early French political economist. He first articulated this idea in the Traité d’économie Politique published in 1803 and it is still held as an article of faith by many neoclassically trained economists. So, what did Say, say? We can debate how to articulate what Say said, but at base Say’s Law states that the production of goods in a market economy leads to the demand for other goods – put simply, supply creates its own demand. What this ‘law’ suggests is that all goods – and we may as well add services – should theoretically and practically be able to clear, since Say reasoned that there is enough demand backed by the ability to pay for the supply of goods and services produced in the economy.

But as many recessions and depressions have demonstrated, this nineteenth century ‘law’ hardly holds any water. It is postulated that this is because Say’s Law doesn’t account for the fact that people may save their money rather than use it for consumption – thus many goods and services go unpurchased because people save or invest a portion of their income. On the surface, this sounds like a reasonable justification for the aggregate demand problem in capitalism. To put it simply, workers are making enough in wages and salaries to purchase all the goods and services available on the market, but because people are prone to saving money for the future, all the goods and services on the market do not clear. In this way, demand backed by actual money, it is claimed, can never equal the supply produced by capitalist enterprises. The gap between the total prices of goods and services outstanding and purchasing power, then, would be due to savings. But is this the case?

As it turns out, Say’s Law is incorrect, and we’ll see why in a second. But let’s first have a quick look at our friends the Marxists, who are also aware of the aggregate demand problem in capitalism but as it turns out, are very bad at basic accounting.

Karl Marx was a student of capitalism, not communism. His life’s work tried to do two main things: find the source of capitalist profit and two, promote communist revolution because he believed he found the source of profit in the exploitation of labour time. The chief difficulty for Marx was that he relied on a labour theory of value to explain prices and profit. Yet, to empirically demonstrate his argument, he had to show how labour time could be converted into prices (the famous transformation problem in Marxist value theory). While this alchemy has never been done, it doesn’t stop Marxists from pontificating on what they call ‘overproduction and underconsumption’ in capitalism.

For Marxists, overproduction and underconsumption are two sides of the same coin. Let’s never mind contemporary biblical Marxists as they generally regurgitate what Marx wrote without adding anything much that is new. Let’s go straight to the horse’s mouth here:

It is enough to mention the commercial crises that, by their periodical return, put the existence of the entire bourgeois society on its trial, each time more threateningly. In these crises, a great part not only of the existing products, but also of the previously created productive forces, are periodically destroyed. In these crises, there breaks out an epidemic that, in all earlier epochs, would have seemed an absurdity — the epidemic of over-production. Society suddenly finds itself put back into a state of momentary barbarism; it appears as if a famine, a universal war of devastation, had cut off the supply of every means of subsistence; industry and commerce seem to be destroyed. And why? Because there is too much civilization, too much means of subsistence, too much industry, too much commerce. The productive forces at the disposal of society no longer tend to further the development of the conditions of bourgeois property; on the contrary, they have become too powerful for these conditions, by which they are fettered, and so soon as they overcome these fetters, they bring disorder into the whole of bourgeois society, endanger the existence of bourgeois property.

So how do Marxists explain this crisis of overproduction and underconsumption? The answer is in the exploitation of labour and the appropriation of surplus labour by capitalist owners (‘the conditions of bourgeois property’ in the quote above). First, Marx believed that the source of profit was the exploitation of a worker’s time. Workers, he reasoned, were not paid the full value of their labour power during the production process. In simple terms, suppose a factory worker works from 8am to 4pm, with only an hour total worth of breaks (a half hour unpaid lunch and two 15-minute paid breaks). For Marxists, and this is impossible to tell empirically, some of those 7.5 hours the worker works are appropriated by capitalist owners. So, for example, while the worker has worked 7.5 hours, they are, unbeknownst to them, only paid for say, 6.5 hours. The difference between the 7.5 hours worked and the 6.5 hours paid, is the capitalist’s profit. Like Say’s Law, to the uninitiated, this might make considerable sense.

Let’s break this down further so we are absolutely clear about what Marx (and Engels) were trying to tell us. In this formulation, we get crises because workers are not paid the full value of their labour power and this exploitation of time is translated into capitalist profits. Since the capitalists have most of the money, this leaves precious little purchasing power for the workers. While not the only reason for crises, this ‘lack of demand backed by the ability to pay’ problem, combined with capitalists hoarding profit can lead to recessionary and even depressionary conditions. As it turns out, Marx and his follower are right that crises are endemic to capitalism, but not for the reasons they suppose. Marx should have studied accounting.

Enter C.H. Douglas and cost-plus accounting. Douglas was an engineer working on the London tube just before World War I. As the workers were making progress constructing the network of underground rail, a supervisor appeared to Douglas and exclaimed that production must cease because there was no more money available to put things in motion. Our engineer was confounded – the know-how, the labour and the materials were all available, only money was lacking. Moments later, WWI broke out and all of a sudden there was money for virtually everything. This led Douglas to investigate what we can call the ‘math of capitalism’. What he found was shocking and to this day, remains underreported and understudied.

What Douglas found was that, regardless of savings (which come from salaries and wages anyway), there was a giant gap between the available purchasing power of consumers and the outstanding prices for all the goods and services on the market. And this gap all comes down to capitalist cost-plus accounting.

Cost-plus accounting is rather straightforward. A businessperson simply adds up the costs of the goods and/or services they want to sell on the market and adds a percentage mark-up related to a profit target. Typically, the more power the business has in the marketplace, the more they can demand from their consumers in markup. It should be noted that most consumers will have no idea what percentage of the cost of a good or service pertains to the markup. For instance, it may cost a business .25 cents to make an individual chocolate bar. If they sell their chocolate bars for $2 dollars, that would be a markup of 700% – not too shabby.

But never mind chocolate, let’s get into the margarita mix business. Suppose our costs look something like this:

As is clear to see, there is only $100 dollars of purchasing power going to humans (labour) who can spend money into the economy. But as we can also see, the total value of the margarita mix outstanding on the market is $406 or a gap of $306 dollars. This is a simple example, but can we see this in another way? We sure can. Let’s take the GDP of the United States, the total dollar value of goods and services produced in any given year and compare this with the compensation of employees in wages and salaries. If Say was correct, then we would expect to find that they equal each other. The problem is, as Douglas recognized in the early twentieth century, they do not because of capitalist cost-plus accounting. Figure 1 traces the relationship of a clear gap between available purchasing power and the total cost of goods and services outstanding in the economy of the United States from 1960 to 2021.

Figure 2 charts the percentage difference between GDP and the wages and salaries dispensed in the economy of the United States from 1960-2021.

This unbridgeable gap in the accounting structure of capitalism is the main reason why Douglas argued for a ‘social credit’ to be extended to citizens. Yet, save in tiny quarters, Douglas’ ideas have all been forgotten. This and Douglas had solved the aggregate demand problem at the root of a capitalist economic and accounting system. During his time, he also understood that capitalism was a credit-based system and that commercial banks controlled the majority of credit allocation. In part, consumer borrowing helps fill the gap between purchasing power and the total outstanding prices of goods on the market, but this is at the cost of paying interest to commercial banks and their owners – a redistribution of income from workers to owners of bank stock. Put simply, if a social credit (a sum of money) was issued by the government to its citizens and recorded as an investment rather than a debt to be repaid, there would be a lot less commercial bank debt and therefore a lot less commercial bank profit. To conclude, there is a dearth of purchasing power in all capitalist economies and so far, it has been a political choice to allow commercial banks to partially fill it with interest-bearing debt/credit. Maybe it’s time to get behind a public credit issued by the central government to all citizens.