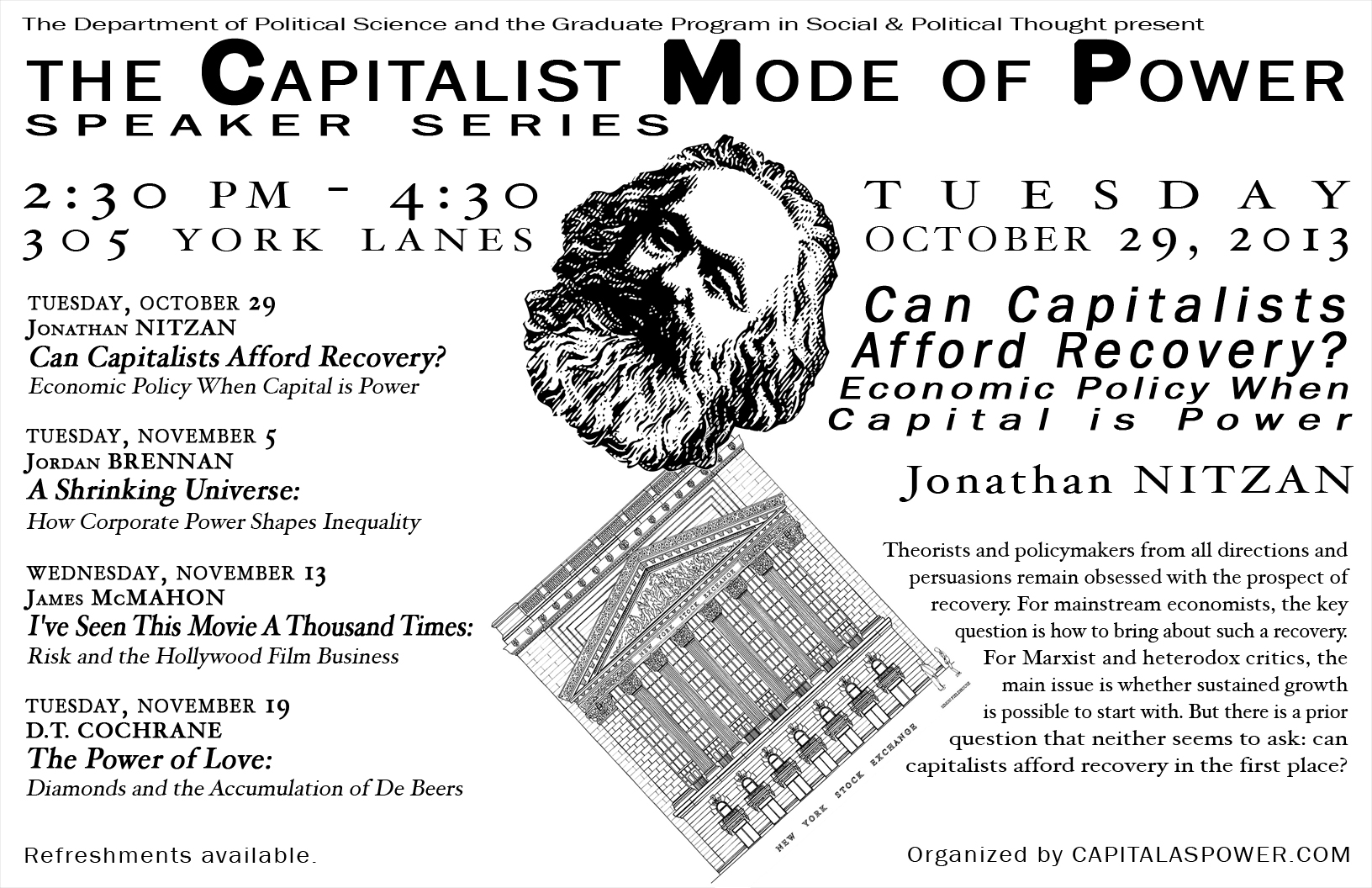 First Speaker Series on the Capitalist Mode of Power

The First Speaker Series on the Capitalist Mode of Power was sponsored by the York Department of Political Science and the Graduate Programme in Social and Political Thought. Talks were held at York University, Toronto, Canada and the series ran from October to November 2013.

Can Capitalists Afford Recovery? Economic Policy When Capital Is Power

Professor of Political Economy, Department of Political Science and the Graduate Programme of Social and Political Thought, York University

Theorists and policymakers from all directions and persuasions remain obsessed with the prospect of recovery. For mainstream economists, the key question is how to bring about such a recovery. For Marxist and heterodox critics, the main issue is whether sustained growth is possible to start with. But there is a prior question that neither seems to ask: can capitalists afford recovery in the first place?

‘Economic inequality’ has recently appeared on the public radar in North America, but much of the attention has been confined to its ominously high level and its socially corrosive impact. The long-term drivers of inequality, by contrast, have attracted less attention. This presentation will explore the linkages between corporate power and inequality, arguing that both the level and pattern of inequality in Canada closely shadow the differential power of capital.

I’ve Seen This Movie A Thousand Times: Risk and the Hollywood Film Business

Why does Hollywood lack originality? Why is Hollywood cinema so repetitive? This presentation will theoretically and empirically explain why Hollywood’s so-called risk-aversion is strategic. The decline in risk is a sign of how the major distributors have been able to exercise greater and greater control over the social relations of cinema.

The Power of Love: Diamonds and Accumulation of De Beers

PhD student at the Graduate Programme of Social and Political Thought, York University