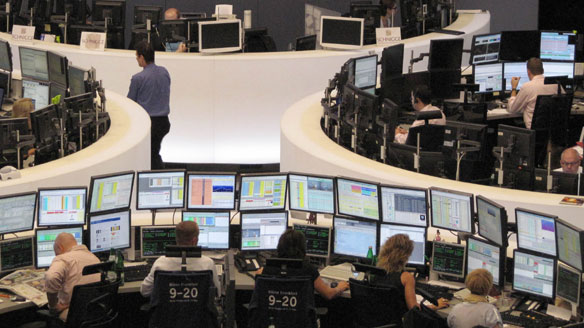 ‘Rigging’ the market for fun and profit

The EU has fined a selection of European and U.S. American banks €1.7 billion for rigging major interest-rate benchmarks. The article notes that the benchmarks – Libor, and the Tokyo and euro area interbank – are used in the pricing of hundreds of trillions of assets. The problem, according to the prosecutors, is that bankers colluded to set the rate, instead of letting the market determine it competitively. An article in 2012 by Matt Taibbi about another bank rigging scandal triggered a discussion among myself, Jonathan Nitzan, Shimshon Bichler and Ulf Martin.

Nitzan and Bichler raised an objection to Taibbi’s characterization of the price rigging as a violation of the market’s objective price determination. They noted that this is the standard liberal perspective: these bankers are operating outside the proper – and just – market function. They suggested that all profit involves some sort of ‘rigging.’ Martin noted that the construction of prices, which would include the setting of benchmark interest-rates, is an inter-subjective process with those participating feeding off one another. That this became explicit is, therefore, not really surprising. A confirmation that this is sort of how the game is always played comes from an article by sociologist Donald MacKenzie who observed the process by which Libor is set. All participating banks send in their offer rate. This then gets compiled by two people who may contact a bank if their rate deviates sharply from the others. Far from an invisible hand, there are four very visible hands and, importantly, phone lines that put them in touch with the rate setters.

I agreed with both interjections, but added a caution that we not interpret them as acceptance of this sort of collusive price-rigging. The gap between bankers openly hinting to each other the rate they will offer and a blind rate setting process is an important one and we can advocate for the latter without claiming it is an objective means of finding the ‘true’ price.

In our prior discussion, Nitzan and Bichler did a quick calculation of the value of the open rigging to the bankers involved and found it somewhere around $1.85 billion. That case pertained to the rigging of the prices of municipal bonds. That means the $1.85 billion was redistributed from the municipalities to the banks. Instead of street repair, schools, parks and all the other things municipalities provide, the banks padded their profits a wee bit more. In the current case, the redistribution favoured the banks at the expense of a swath of others including home owners, small businesses, but also other powerful capitalists, who would’ve had to pay more to borrow. It’s possible that it was this last group who worked to expose and punish the bankers as part of the differential struggle.