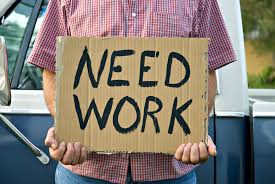 The Politics of Employment and the Limits of the Recovery

The contested nature of the economic ‘recovery’ has become the central theme of British political debate. The next election, in 2015, will be fought on these terms, with the Coalition government trumpeting its claims of an economic recovery born through austerity, while Labour outlines the limits of the Coalition strategy.

It is crucial to approach the recovery with a healthy dose of scepticism. While Scott Lavery and myself have pointed to the regressively redistributive nature of the post-crash period, Craig Berry’s recent SPERI paper outlines the limited scope of the recovery.

Perhaps the most troubling aspect of all within the current recovery centres upon employment. The gap between rich and poor in Britain has continued to widen with new job creation overwhelmingly confined to low-wage and part-time work, while pay levels remain stagnant or, worse still, fall behind inflation. Looked at from the perspective of workers, be they young, low-skilled or low-waged, this begins to look nothing like a recovery. Unemployment and underemployment continue to blight our society. Even with absolute levels of unemployment now falling, we remain at a high level of joblessness compared to the pre-crisis period, with the levels of long-term unemployed and youth unemployment both stubbornly high.

How can we solve the challenges of unemployment and underemployment? Posing that question points us towards the broader issue of the politics of employment. That question dominated the minds of economists who lived through the Great Depression. Keynes was, of course, the most famous economist to recalibrate our understanding of employment – by prioritising the commitment to full employment within macroeconomic thinking. But it is his lesser-known contemporary, Michal Kalecki, who reveals important lessons for understanding the current period.

Firstly, business leaders would oppose Government interference in questions of employment, which were understood to be the preserve of the market. Secondly, businesses would oppose the direction of Government expenditure towards the subsidisation of consumption and the expansion of public investment. And, finally, the political and social changes (the empowerment of workers) arising from a full employment society would be unpalatable to many business leaders.

Kalecki realised that employment was a fundamentally political question: a question of power. The ability for businesses to shape the level of employment through private investment is one of their principal sources of social power. It gives business an indirect leverage over the Government, as policy actions that damage investor confidence will lead to a contraction of investment and a fall in employment. If government took on an expanded role by taking responsibility for investment and employment, private actors would be shorn of the power to shape society in this way. If governments began running large deficits or increasing taxation to fund further expenditure, private investors would lose control over the level of employment.

Despite the collapse of Western governments’ commitments to full employment during the ‘stagflationary’ decade of the 1970s, Kalecki’s insights are still relevant today. The post-crisis policy framework has revolved around fiscal austerity, rather than the fiscal expansion and public sector investment required to increase employment levels and provide good quality jobs. This response reflects the overwhelmingly pro-business agenda of neoliberal capitalism. As Kalecki understood, business leaders often prefer responses to an economic slump that do not empower or enlarge the public sphere, but rather work through stimulating private investment via a reduced rate of interest, the reduction of income tax or subsidisation of private investment. These policy interventions are appealing because, rather than the state taking on an expanded role, ‘the entrepreneur remains the medium through which the intervention is conducted’.

The current UK Coalition government’s policy follows this pattern by channelling intervention overwhelmingly through pro-business avenues. Loose monetary policy, a lower rate of top income tax and the ‘Funding for Lending Scheme’ have all been enacted. These measures have failed to deliver a substantial increase in private sector investment. The market-centred response to the crisis has been hopelessly inadequate and it is driven more by an ideological opposition to expanded state activity than economic pragmatism. But, most crucially of all, the employment corollary of these policies has been disastrous: stubbornly high levels of unemployment, growing underemployment and the proliferation of zero-hours contracts and precarious working conditions. This amounts to a crisis of employment.

This might seem like the right time to turn back towards full employment then? Well, yes and no. For the answer really depends on how deep we recognise the crisis of employment to be.

Yes, in that a return to the notion of full employment would certainly bring substantial benefits, particularly if it were coordinated among the major capitalist states. It would help counter the stagnation in wages and the declining labour share of income that we have witnessed during the neoliberal era. Public sector investment would stimulate demand by increasing incomes and consumption. In a context where the private sector continues to sit on massive surpluses, it would provide the investment momentum needed to restore growth. It would also shift the burden from consumption driven by private indebtedness (a feature of the defunct Anglo-liberal growth model), towards consumption fuelled by rising wages. In other words, full employment might bring us closer to the ‘progressive redistribution’ that should be advanced as a counterpoint to the regressive redistribution that we are currently witnessing, particularly if it was based upon a revitalised system of progressive taxation.

But also no, in that the crisis of employment is actually much deeper. We cannot simply resuscitate the insights of the old full employment paradigm. Those insights were not cognisant of the ecological challenges that we now face. They rested on maximising productivity and consumption without concern for the environmental effects of increased economic activity. If we are, eventually, to move beyond growth, then the paradigm of employment will have to change further.

Recovery in this sense, then, has a double meaning: in the short term it means restoring growth and increasing employment. But, in the longer run, it must mean an economic strategy that involves environmental recovery alongside a restoration of social well-being derived through economic activity. We will need to move towards a level of employment that is compatible with environmental goals.

Whatever course we take, the politics of employment is once again moving to centre stage.

Jeremy Green is a Research Fellow at SPERI