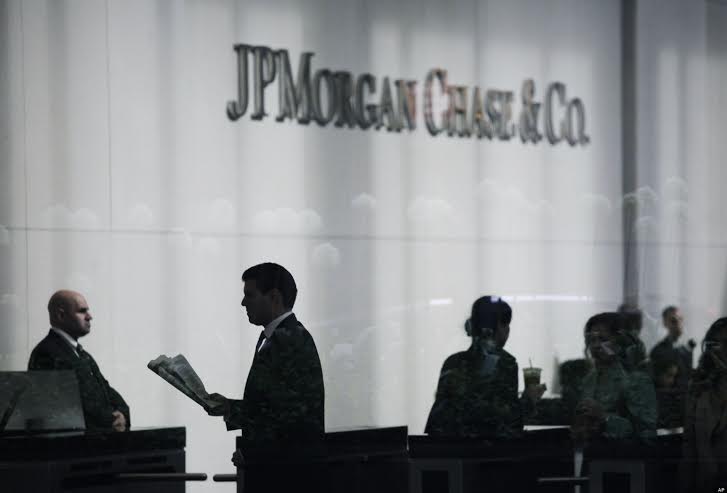 US Department of Justice Increasingly Resorts to “Private” Negotiations

Since 2012, the U.S Department of Justice has launched a series of private negotiations with Wall Street banks relating to their involvement in the 2008 financial crisis. The DoJ made headlines this November when it struck a record $13b settlement with JP Morgan for allegations of fraud in the sale of mortgage-backed securities. The deal was soon followed by a $2bn payment for the bank’s failure to report early knowledge it held concerning details of Madoff’s investments prior to the meltdown of his Ponzi scheme.  Since then, the DoJ has struck a series of deals (many in the billions) with major banks including Bank of America, Citigroup, HSBC, Goldman Sachs, UBS, Morgan Stanley and Wells-Fargo. Backroom settlements like these are being used by the DoJ and other government agencies to deal with everything from insider trading and securities fraud to the manipulation of interbank lending rates and money-laundering through drug cartels.

It is important to point out a feature of the legal status of these out-of-court negotiations. Although they are waged by the judicial branch, they nevertheless have the status of “private” negotiations, they are not recognized as trials or formal acts of public policy. While this seems to be a mere technicality, the implications are wide-ranging, it means that many of the state’s powers of oversight and review of the proceedings are nullified, and the banks get let off easy.

Proponents of settlement argue that it is more “cost efficient” than full-blown litigation. One-time deals can save years of time and resources spent on time-consuming trials. Then again, when private negotiations become a common substitute for formal legal procedure, public accountability and justice can quickly go out the window. This has been the main charge of those who oppose the “quick-and-dirty” cash penalties being reached by the DoJ with the banks. In some cases, the deals are being struck personally between attorney-general Eric Holder and Wall-Street CEOs. This was the case when Holder met with JP Morgan chief Jamie Dimon to strike a settlement deal last fall. Behind-close-doors dealings like these raise serious questions about their legality and effectiveness as means of clamping down on Wall-Street fraud.

The legitimacy of these deals has not gone unchallenged. Some U.S lawmakers and judges have pointed to the potential for serious corruption in private settlements. In April, Federal judge Jed Rakoff questioned the legality of the SEC’s $285m private deal with Citicorp, citing the lack of evidence, civil procedure, and review mechanisms used in the proceedings. These remarks came not long after U.S Senator Elizabeth Warren’s first appearance before the Senate Banking Committee in February of 2013 in which she challenged the complacency of Washington regulators. “How many of the officials here have actually taken a Wall Street firm to trial” she asked the Committee, defiantly. More recently, independent watchdog group Better Markets launched a lawsuit against the U.S attorney general for alleged abuse of power and mismanagement of the JP Morgan investigation raising allegations of corruption. Amongst the many allegations made against Holder were:

6. “…the Executive Branch, through the DoJ, acted as investigator, prosecutor, judge, jury, sentencer, and collector, without any review or approval of its unilateral and largely secret actions…”

10. “… no one has any ability to determine if the $13 Billion Agreement is fair, adequate, reasonable, and in the public interest or if it is a sweetheart deal entered into behind closed doors that, by design, intent, or effect, let the biggest, most powerful and well connected bank in the U.S off cheaply and quietly…”

The use of private deal-making by the DoJ mirrors a general trend in the U.S government’s legal-regulatory response to the financial crisis: private negotiations and private courts act as stand-ins for the Rule of Law. The DoJ is joined by an entire set of public agencies like the Securities Exchange Commission and the Office of the Comptroller that are substituting real policy with backroom deals.

While some see the government’s use of fines as proof of their willingness to “get tough on Wall-Street”, there are reasons to remain doubtful of the potential of these private measures to curb the power of the major banks. For one, the penalties faced by the banks pale in comparison to the billions they received through the TARP program and Federal bailout money. Not only this, but private settlements limit negative press attention, reduce the banks’ exposure to public scrutiny and keep the public in the dark about the nature and scope of banks’ involvement in the financial crisis. As for the possibility of jail sentences, many of the deals shield the banks from criminal investigations – effectively granting immunity to CEOs, boards, traders and other bank personnel from criminal prosecutions. Until the government and the banks can be made to observe anything resembling impartial justice, the potential for the further abuse of power on Wall Street will remain all too real.