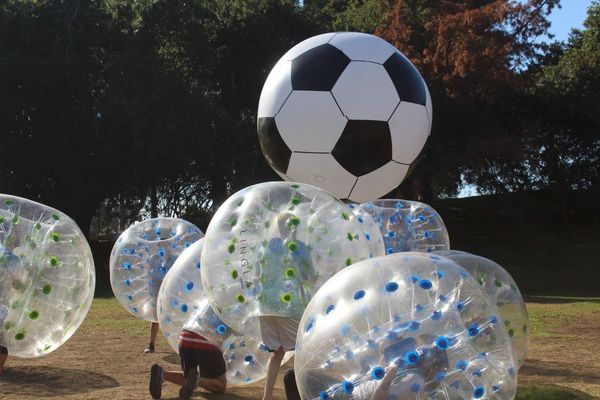 The Business of FIFA and Our Love of Football

John Oliver, a former correspondent for The Daily Show with Jon Stewart, now has his own HBO show. Like what he did on The Daily Show, Oliver’s Last Week Tonight brings irreverence and wit to politics, business and other news of the day.

Recently, he did a funny and sarcastic piece on FIFA, the governing body for almost every international football competition in the world. You can watch it here:

The comedic spirit of this video is relevant to a theory of capital as power. By sandwiching his rant about the corruption and one-dimensional worldview of FIFA-the-business between clips where ordinary people liken football to religion, Oliver incorporates the social dimension of football into FIFA’s so-called success as a business enterprise.

In fact, if we translate the video into a language more familiar to the capital-as-power approach, Oliver is pointing to the enormous qualitative dimension of FIFA’s ability to “charge what the traffic may bear.” The phrase “charge what the traffic may bear” comes from Veblen. It involves “on the one hand, in stopping down production to such a volume as will bring the largest net returns in terms of price, and in allowing so much of a livelihood to the working force of technicians and workmen, on the other hand, as will induce them to turn out this limited output.” For FIFA, charging what the traffic may bear involves pushing the limits of what societies as a whole, even football-loving societies, will bear with respect to poverty, health and other public welfare. Like the Olympics, FIFA is trying to build massive infrastructure that may have little cultural or social benefit after the World Cup concludes.