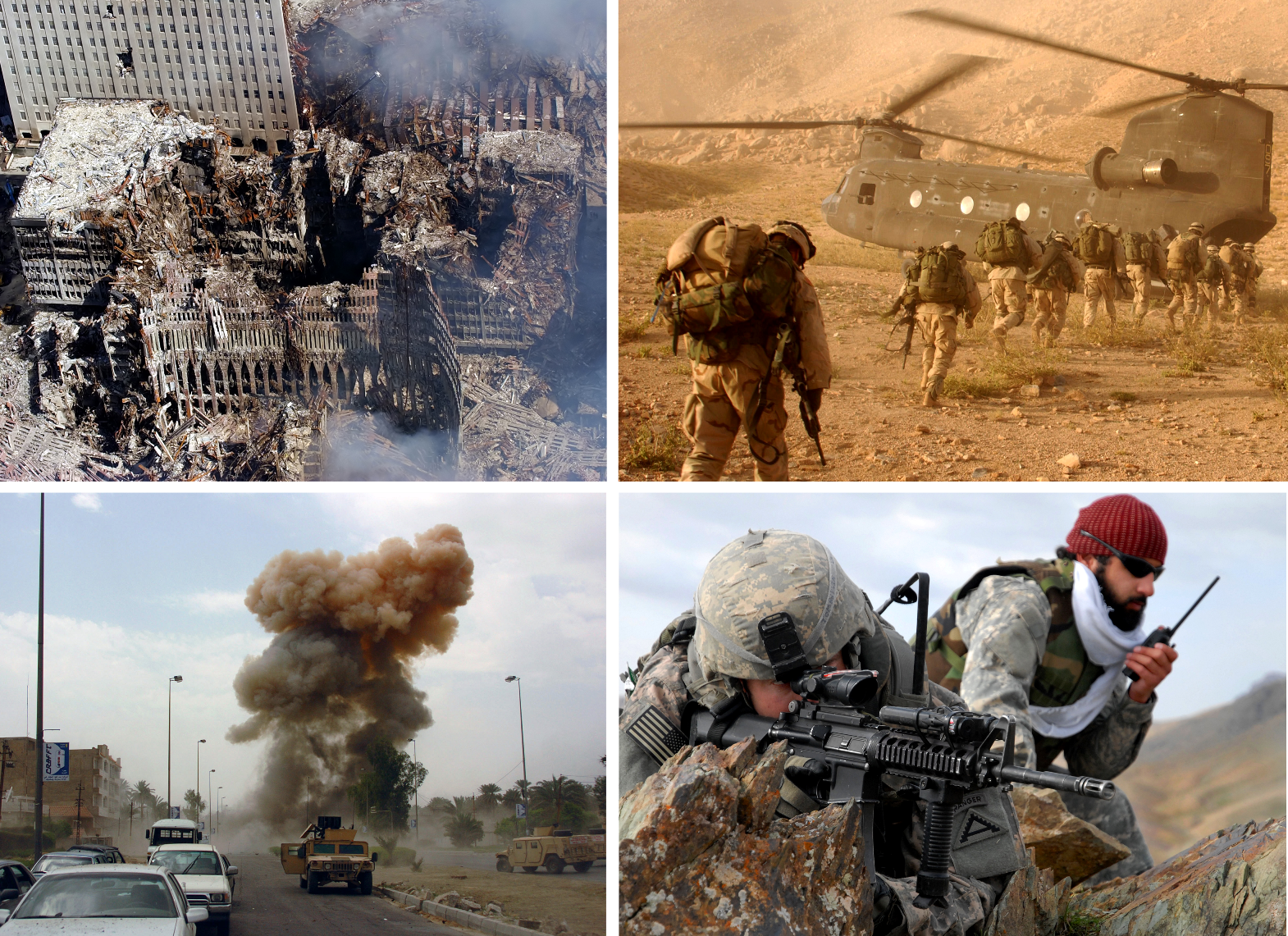 Africa and Capital as Power

Despite the fact that the ‘capital as power’ approach to critical political economy has been around for some time now, it is not very widely used and/or understood. Part of the reason for this, I believe, is that it is not widely taught as an approach and it is often too easy for scholars to rely on the more traditional schools of Marxism or neoclassical economics. The purpose of this blogpost is to try to summarize, in clear language, the general approach of capital as power and to highlight some advantages such a perspective may have for understanding, explaining and critiquing aspects of political economy in Africa.

Though the capital as power approach shares some points of contact with Marxist critiques, it has significant differences with a Marxist approach. Capital as power recognizes that at least since the dawn of the modern corporation in the United States (the precursors being European joint-stock companies), global political economy has largely been organized by giant firms who are capitalized on the basis of their potential future earnings. For Marxists, earnings or profit are the result of exploiting workers and there’s generally two ways this can be done: through increasing the working day and by intensifying work. So let’s take a quick look at the famous Marxist equation for surplus extraction or what is the same thing, the realization of profit:

(there are more sophisticated versions but this is the core formulation)

In this equation the capitalist starts with a sum of money (M), buys commodities or raw materials (C), applies a certain level of technology or means of production (MP) to a definite level of labour power (LP) to produce a new commodity (C1). This new commodity is sold on the market to realize more money at the end of this process than the capitalist had at the beginning of production (M1). The caveat here is that the product has to be sold before the capitalist can realize her profit, though there is no guarantee that the item can be sold. This can happen for various reasons to do with a lack of demand for the product but also because, due to the math of capitalist accounting (which is a cost plus system), there is never enough purchasing power for all the goods and services outstanding on the market. This is a structural feature of capitalism and can only be overcome by credit as long noticed by the too often ignored C.H. Douglas and the social credit movement.

For Marxists, the crucial part of this equation in accounting for profit is labour power (LP). Only by exploiting labour power to a greater or lesser degree can profits go up or down. This is the famous and ultimately problematic ‘labour theory of value’. The capital as power approach does not reject that labour can be ‘exploited’ in the sense of being poorly paid or mistreated but it does reject that the sole source of corporate earnings is the exploitation of labour power. Instead, the capital as power approach to critical political economy sees corporate earnings as a matter of broad power processes.

In order to generate greater earnings (what we call differential earnings/profits) than their corporate peers, the managers of corporations try to shape and reshape the terrain of social reproduction in their favour – from advertising and marketing to obtaining patents, laws suits, lobbying and the list could continue. In short, many factors shape the magnitude of corporate earnings. So one of the key questions the capital as power approach asks is how dominant corporations (what we call dominant capital) shape and reshape the social and political process in order to generate differential returns.

Two examples should suffice to highlight what I mean here. Consider British Petroleum now known simply as BP. In April 2010 the BP leased Deep Horizon exploded and oil gushed into one of the most sensitive marine environments in the United States. Any investor in BP worth their salt would have immediately shorted BP’s stock or alternatively sold off their shares in the company. And indeed, BP lost about half its value in market capitalization over the next few months. Why? If BP’s earning were solely contingent on the labour power it exploits, it’s likely that investors wouldn’t care much since the labour power lost in the explosion could be easily replaced (at least from a corporate though not human perspective). But earnings are contingent on a number of factors as noted above and as oil continued to gush for weeks on end, investors saw red. Earnings would be jeopardized by countless lawsuits, corporate fines, clean-up costs and potentially greater premiums for insurance.

A second illustrative example is armament firms. My previous research in Carbon Capitalism considered how much the share price of major armament firms in the United States increased throughout the war on terror. The average return on the S&P 500 – a broad index that effectively measures the health of the United States economy – was 7 percent. The average return for the top 5 armament companies was 234 percent. Why? Because they were exploiting some of the highest paid, educated and privileged workers on the planet? Surely not.

The astronomical rise in the share price of armament firms was a direct result of investors anticipating a long (perhaps never ending) war and war not only requires more state spending on arms, but evermore materiel. Bullets, bombs and military vehicles have to be replaced. There’s really no need to go on further as the earnings and rising capitalization of these firms are clear to the naked eye. Without a ‘war on terror’ or a credible threat of war, it is likely that the capitalization of these firms would have remained rather stagnant if not declined.With this specific contrast on the source of profit explored we can go a bit deeper into some of the main claims made in the capital as power approach. We might do well to list them in easy to understand steps:

Now that we have some idea of the capital as power approach, how might it be mobilized to understand, explain and critique various aspects of African political economy? My comments are not meant to be exhaustive and I must admit my work doesn’t look at any one specific African economy.

First, there is a historical dimension that could be explored. More work could be done on how the European joint-stock corporations were involved in the African slave trade and early colonial projects. It’s not just that slavery contributed to industrial capitalism as per Williams’ original argument, but that it actually was capitalism – at least in my view. These were capitalized firms in search of earnings on the backs of Africans. Also, slaves in America (likely the Caribbean too) were used as collateral for loans. If farmers/plantation owners couldn’t pay their creditors, slaves could be taken as valuable property. So, in reality – at least in the US – an entire financial system was erected on the slave economy.

Some questions in this vein might be: How far and in what ways was the capitalization and earnings of these early firms contingent on exploiting the African continent and to what effect? For instance, how did the profits of the Royal Africa Company empower English royalty and city of London merchants? How did the desire to accumulate greater wealth by the company’s owners aggravate and extend the transatlantic slave trade? Another useful study might be how the stock exchanges of Africa were set up and the early ownership of these exchanges and the firms listed on them. This would obviously be linked to the colonial and post-colonial period. Another key concern might be to investigate how various African communities became de-monetized of their original currencies and how they were re-monetized with a colonial currency.

Another issue would be the creation of the ‘national’ debts in Africa and who owns those debts? How were various forms of taxation introduced in order to force Africans into the labour market and how were these practices connected to increasing public debt and the corporate exploitation of resources? How has the institution of ownership developed in various African political economies and who had to be dispossessed to create it? There are certainly additional questions to be investigated but research agendas querying the above would go a far way in illuminating the power of capital in Africa during its earlier years.

Second, there is a contemporary (and to a considerable extent, a future) dimension. A first question might investigate the ownership of publicly listed African firms. To what degree are they foreign owned? How concentrated is the ownership of the leading firms on African stock exchanges? How are they using their power to shape and reshape the terrain of social reproduction generally and public policy more specifically to generate differential earnings?

Second, how do the major firms by capitalization on African exchanges relate to ongoing resource extraction and climate change? How are these resources being used and to what effect? Are everyday Africans benefiting from these resources or just a few national and international investors? What firms represent Africa’s ‘dominant capital’ (leading companies by market capitalization – say top 25) and what sectors and geographies do they operate in? How do they seek to shape public policy? How have and how do investors perceive the equity markets across Africa? And perhaps last, how far and in what ways has the capitalist mode of power been entrenched across the political economies of Africa and how has this exacerbated inequality and unequal life chances?

These are just some basic questions someone investigating Africa’s political economies might ask from the perspective of capital as power. Old traditions and perspectives still continue to have a stranglehold on political economy as a field. And while they may yield insights of their own, I think the perspective of capital as power has its own unique insights to offer that are closer to the actual practices of capitalists than traditional theories. So if we want to change the world for the better and to be rid of social injustices, it might be a good idea to have a proper understanding of what is actually going on.

Tim Di Muzio is Associate Professor of International Relations and Political Economy at the University of Wollongong in Australia. His latest book is The Tragedy of Human Development: A Genealogy of Capital as Power

Featured Photograph: Montage of the War on Terror.

Nitzan, Jonathan and Shimshon Bichler (2009). Capital as Power: A Study of Order and Creorder. (London: Routledge).