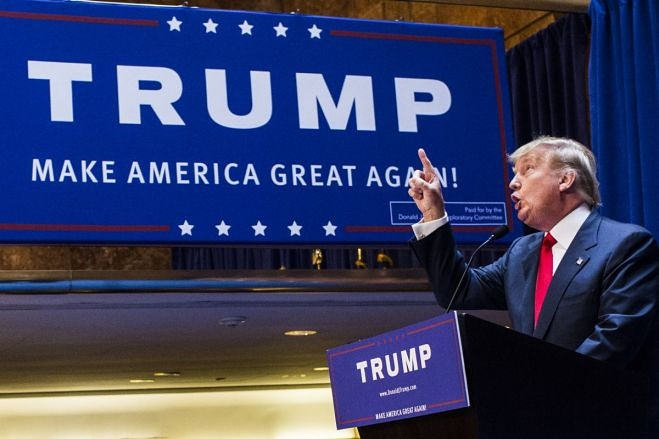 ABSTRACT
Trump has promised to Make America Great Again. As a self-proclaimed expert on everything of import, he knows exactly how to increase domestic investment and consumption, boost exports, reduce the country’s trade deficit, expand employment and bolster wages. And as America’s leader-and-policymaker-in-chief, he has taken the necessary steps to achieve every one of these goals. He has lowered taxes on corporations and the rich to induce greater investment, relaxed environmental standards and de-socialized medical care to cut red tape and eliminate waste, curtailed civilian government spending and raised military expenditures to make government lean and mean, warned corporations and individuals to remain economically patriotic and undermined the Fed’s “independence” to prevent interest rates from rising and the stock market from tanking. And if that wasn’t enough, he has also launched a so-called trade war to prevent America from being ripped off by other countries, especially China.
Capitalists and pundits follow him like imprinted ducks. His tweets rattle markets, his announcements are dissected by academics and his utterances are analysed to exhaustion by various media. A visiting alien might infer that he actually runs the world.
And the alien wouldn’t be alone. The earthly population too, conditioned by ivory-tower academics and popular opinion makers, tends to think of political figureheads as “leaders” and “policymakers”. Situated at the “commanding heights” of their respective nation states and international organizations, these “leaders” supposedly set the rules, make policies, steer their societies and determine the course of history. Or at least that’s the common belief.
The reality, though, is quite different.
Citation
Making America Great Again
Bichler, Shimshon and Nitzan, Jonathan. (2019). Real-World Economics Review. No. 90. 9 December. pp. 2-12.