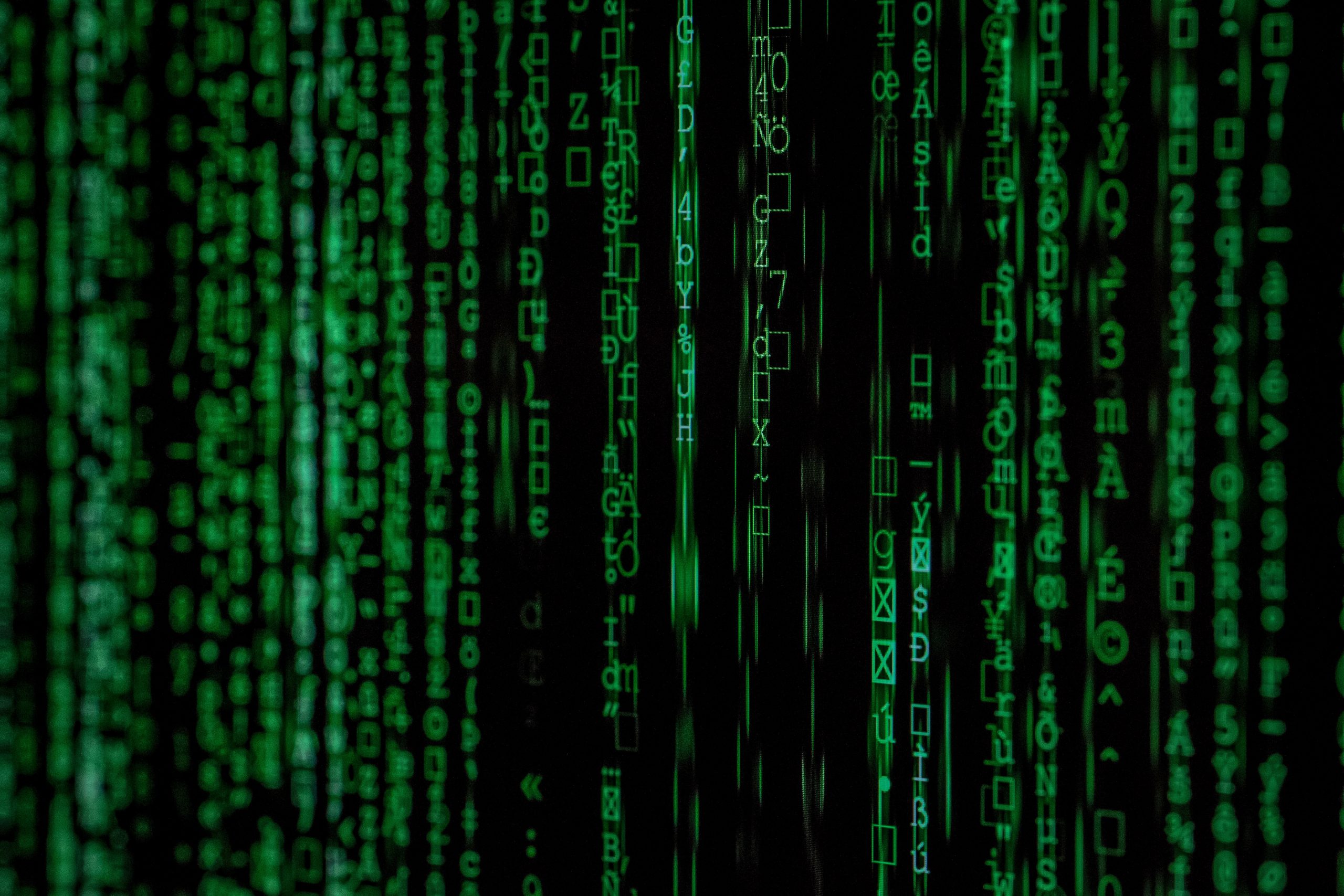 Originally published on Economics from the Top Down
Blair Fix

A revolution is underway around us and it’s called the digital. And it’s changing everything. More than 80% of wealth is now non-material.

Both critics and cheerleaders of capitalism claim it has. The critics see non-material wealth as a problem. Digital wealth, they say, is fictitious. It’s lost touch with reality.

The cheerleaders of capitalism see the same thing as a boon. Non-material wealth, they say, will decouple the economy from physical constraints. So the economy can grow forever!

Which side is right?

Neither, in my opinion.

We use the word ‘wealth’ all the time. We say things like “Bill Gates is wealthy”, or “The United States is a wealthy nation”. But what do we mean by this? What exactly is ‘wealth’?

When we stop to think about the word ‘wealth’, we find that it has two meanings.

Sometimes we use the word ‘wealth’ to mean stuff — a stock of goods. So wealthy people are those who have lots of stuff. They own mansions, sports cars, yachts and private jets. Think of the opulence showcased on the 1980s show Lifestyles of the Rich and Famous.

But wealth can also mean money. If I have a billion dollars in the bank, I’m wealthy — even if I have no stuff at all.

So is wealth stuff? Or is it money?

Because (say economists) wealth has two sides, this opens the door for ‘distortions’. A distortion occurs when the two sides of the wealth coin don’t add up. Somehow monetary wealth gets out of whack with material wealth.

The idea of a wealth distortion is used by people of all political stripes. Curiously, their claims are often mutually contradictory.

Critics of capitalism turn this logic on its head. They see wealth distortions as a sign that capitalism (not government) has run amok. Companies like Facebook and Google, critics observe, are worth billions of dollars. But these companies don’t produce anything ‘real’. And so the critics claim that wealth is becoming fictitious. And this, in turn, is a sign that capitalism is in trouble. It’s lost touch with material reality.

In contrast, techno-optimists think digital wealth is good for capitalism. It’s a sign that companies are learning to produce (real) wealth without using resources. So we should celebrate, because wealth is becoming decoupled from material constraints.

Nearly everybody, it seems, uses the idea of wealth distortions to promote their (mutually contradictory) agendas. This is a sure sign that there’s a problem with our concept of wealth. Ideas that are infinitely malleable usually turn out to be wrong. Or worse, they’re not even wrong (they can never be tested).

The duality of wealth probably falls into both categories.

It’s not even wrong because there is no single way to objectively measure the material side of wealth. Any material definition of wealth is based on subjective decisions about the dimension of analysis. And these decisions affect the resulting stock of ‘real’ wealth. (See The Aggregation Problem for an explanation of this dilemma). So the idea that monetary value could misrepresent the stock of ‘real’ wealth is untestable.

Skeptical? Think about this real-life example. A hotshot programmer creates a new operating system. The OS is heralded as revolutionary and is adopted by millions of people.

Does the programmer become wealthy?

It depends on property rights.

Suppose our programmer is Bill Gates. When he released MS-DOS (and later Windows), Gates fiercely enforced property rights. He patented his software and made people pay to use it. Through a series of shrewd deals with manufacturers, Microsoft eventually gained a near monopoly on PC operating systems. And as we all know, Gates became a wealthy man.

Now suppose our programmer is Linus Torvalds. In the 1990s, Torvalds created the Linux operating system. Although adoption was slow at first, Linux now dominates the server market. And through its derivative, Android, Linux also dominates the smartphone market.

So Torvalds got rich, right? Actually no. Torvalds released Linux as open source software, meaning it’s free for anyone to use. Because Torvalds didn’t enforce property rights, he didn’t get rich like Bill Gates.

The lesson here is that without property rights, goods and services don’t have a price. And without a price, they don’t get counted as ‘wealth’.

Don’t look inside the fence

To illustrate that it doesn’t matter what’s inside the fence of property rights, Jonathan Nitzan and Shimshon Bichler compare Microsoft and General Motors. The chart below shows different features of each company.

In 2005, Microsoft’s market value was 2,583% greater than that of General Motors. Mainstream economists would say that Microsoft therefore had more property than GM. But more of what? Nitzan and Bichler point out that when we look under the hood of market value, there’s nothing ‘real’ to back it up. Microsoft, for instance, has only 18% as many employees as GM. And it owns only 3% as much equipment (in dollar terms).

So is this a distortion? Is it a sign that Microsoft’s wealth is fictitious? No, say Nitzan and Bichler. Wealth isn’t about material property. Instead, they argue that wealth is a commodification of property rights. So Microsoft’s greater market value stems from its greater ability to convert property rights into income. That Microsoft can do this without owning bricks and mortar is interesting, but not surprising. As intellectual property teaches us, property rights need not be attached to anything physical.

The power of owners

If monetary wealth stems from property rights, how should we interpret its value? Jonathan Nitzan and Shimshom Bichler have a provocative answer. The value of property rights, they argue, indicates the relative power of owners.

Nitzan and Bichler’s reasoning is simple. Property rights are about exclusion. And exclusion is about power:

If we think like Nitzan and Bichler, we realize that wealth is not a thing. It’s an act. Wealth is the commodification of an act of exclusion — an act we call property rights.

When only the fence is left

What has confused economists for centuries is that they’ve focused on what’s inside the fence of property rights, not the fence itself. And who can blame them? Historically, the things that were owned were easy to see. In contrast, the act of ownership — the institutional fence of private property — was abstract. And so economists tied wealth to property, not the property-rights fence.

Then came the digital revolution. New companies emerged (like Facebook and Google) that owned nothing but algorithms. Wealth had suddenly become non-material. Or so it seemed to economists.

In reality, wealth had always been non-material — a social relation of exclusion. The digital revolution just laid this fact bare because it emptied out property, leaving only the fence of property rights. The digital revolution got rid of land. It got rid of physical capital. It got rid of all the physical things on which to pin wealth. All that was left (in digital tech firms) was the fence of property rights. And this fence was put up around the most non-material of things — ideas themselves.

If the digital revolution isn’t making wealth non-material, what is it doing?

Like previous revolutions, the digital revolution is changing who has power in our society. Tech firms are wrestling power from industrial firms. Two hundred years ago the industrial revolution did something similar. In it, the captains of industry wrestled power from the landed aristocracy.

Nitzan and Bichler’s insight is to realize that we can study the power of different types of owners using the value of their property rights. This is an exciting research area that we’re only beginning to investigate.

So yes, the value of property rights is increasingly dominated by tech firms. But no, this doesn’t mean that wealth is becoming non-material. Wealth is the commodification of a social relation — the right of owners to exclude everyone else. As such, wealth has always been non-material.

Cover image is by Markus Spiske.