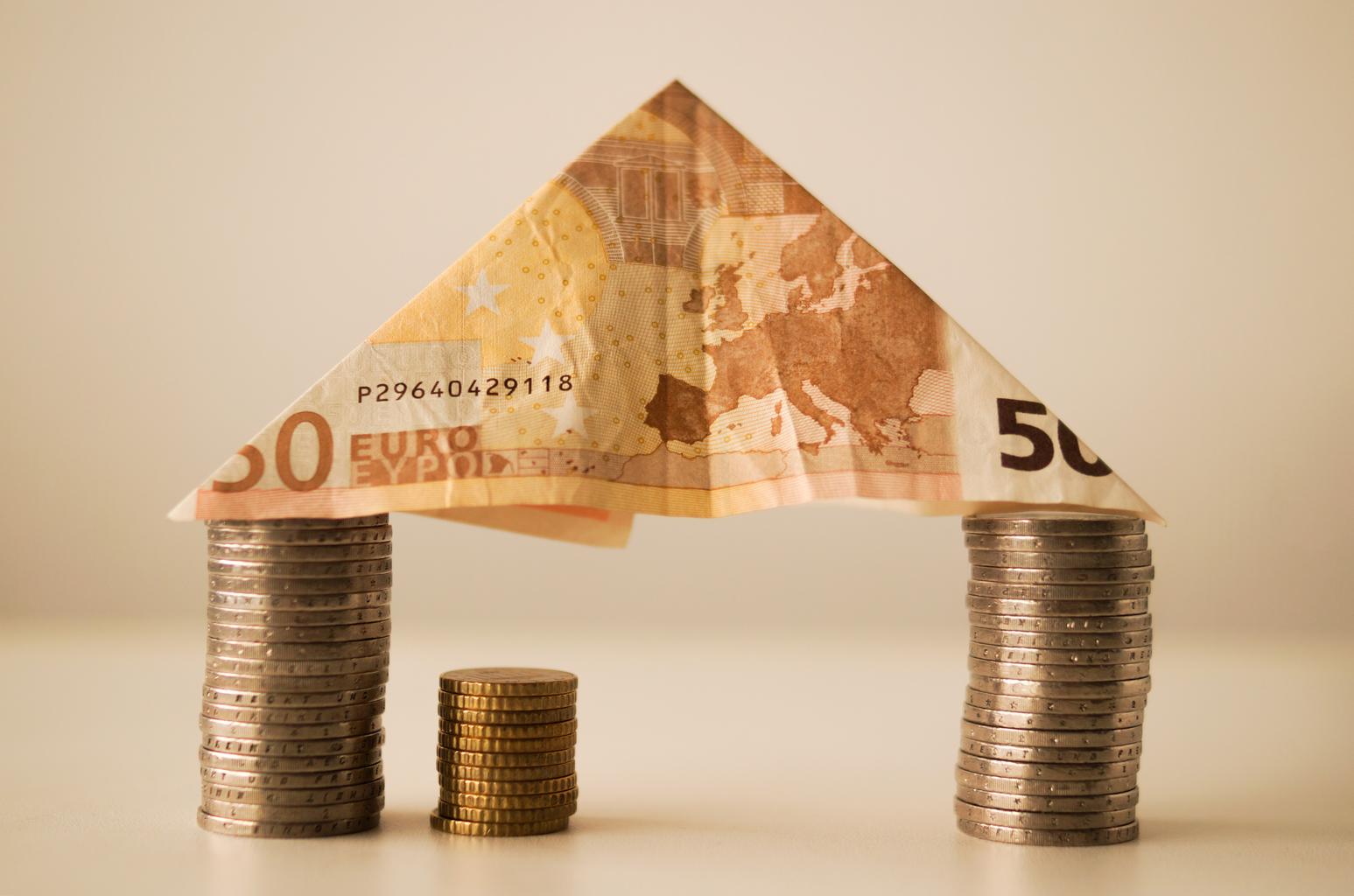 Traffic lights (like money) are a social convention. We agree that red means stop and green means go. Why we’ve chosen these particular colors is an interesting question, as is why we choose to put traffic lights where we do. But the fact that red means stop and green means go just is. It’s something we’ve defined to be true. The workings of money are similar. True, money is more complex than a traffic light — but only in application. In conceptual terms, money is equally simple. It’s a social convention that we’ve defined into existence.

To frame our discussion of money, let’s begin with what it isn’t. Money isn’t a thing. True, money can have concrete forms like dollar bills and metal coins. But it needn’t. It can be as abstract as digits in a bank account, or tallies on a stick. Money is an idea. It’s an agreement to tie our social relations to a unit of account. To understand money creation, we need only look at the principles of double-entry bookkeeping. Debt goes on one side, credit goes on the other. The two sides carry opposite signs and so cancel out. This allows us to create money while simultaneously balancing our accounts.

Here’s a simple example. Suppose that a friend does a favor for me. I want to return the favor, but don’t have the time to do so immediately. So I give my friend a note that says “Blair owes you one favor”. This note is money. It is created from nothing using the principles of bookkeeping. On one side is a debt: I owe my friend a favor. On the other side is a credit: my friend is due a favor. And that’s all there is to it. My friend can now exchange my IOU with other people. It becomes money in circulation.

What’s interesting, though, is that few people misunderstand traffic lights. We all know that traffic lights can be put anywhere we want them, and that they’re based on an arbitrary social convention. Yet when it comes to money, the same is not true. Many people fundamentally misunderstand money. To them, it’s not an arbitrary social convention that can be created/destroyed at will. Instead, they perceive money as a scarce commodity — something that, like water in a desert, must be guarded and conserved.

What we really need, then, is not so much a theory of money, but a theory of why people misunderstand money.

To think about why people misunderstand money, let’s keep the definition of money in our heads. The anthropologist David Graeber defines it best. Money, he argues, is a quantified obligation. The holder of money is entitled to receive things from other people. (See his book Debt: The First 5000 Years for a detailed exposition.)

We can see from this definition that money is a powerful tool. In fact, it’s a tool for power. If I have a lot of money, I can get other people to do my bidding. This fact is hardly controversial. We all know the adage that ‘money is power’. But somehow we forget this adage when we think about money creation. Money is nothing but a quantified obligation, so in principle anyone can create it. But in practice, few people have this power. The problem is that for money to circulate, people must trust that they can use it to receive an obligation. I could try to circulate a note that says ‘Blair owes you one hug’. But other than my wife and daughter, few people want that IOU. So it will never circulate as money.

In practice, money creation is done almost exclusively by the powerful. Textbooks on money will use the word ‘trust’. They’ll say that money can circulate as long as we trust the issuer. This is true, but neglects the flip side of trust. When you trust someone, you endow them with power. When soldiers trust their commanding officer, they’re likely to obey orders. That gives the commander power. Trust, in many ways, is the basis of power. You can’t have stable power relations without it.

Just like anyone can create money, anyone can do violence. You could walk onto the street right now and shoot someone. But most of us don’t. Why? First, because we think it’s wrong. Second, because the state punishes murderers. In other words, violence in modern societies is highly regulated. The same is true of money. Technically, anyone can create money. But few of us do. Your personal IOU will never circulate widely. And if you try to create state-backed money, the government will punish you. Like violence, the creation of money is tightly regulated. To see this fact, we need only look at language. We have a name for taboo violence (murder) and we have a name for taboo money creation (counterfeiting).

Those of us raised in stable societies take for granted both the regulation of violence and of money. This regulation begins to feel like a ‘natural order’. But if you were raised in a war-torn country, I suspect you’d feel differently. You’d understand that anyone can do violence — with devastating results. And if you lived through a period of hyper-inflation, you’d probably better understand that anyone can create money. (People tend to make their own money when government currency breaks down.)

One of the main thrusts of modern monetary theory is to point out that government spending has no limits. If governments control their own currency, they can spend as much money as they want by creating money out of thin air. The interesting question is not whether this is true. It’s trivially true — much like it’s trivially true that a green traffic light means go. Any currency issuer (government or otherwise) can create as much money as they want. The interesting question is why governments don’t spend unlimited amounts of money.

Many economists will trumpet inflation as the boogeyman. Create too much money, they say, and you’ll have hyperinflation. Just look at what happened in the Weimar Republic. It’s true that money creation can lead to inflation. But MMT proponents point out that this has an easy solution. Government can destroy money just as easily as it can create it. Government spending creates money. Government taxation destroys it. Again, this is trivially true. And yet few (if any) governments accept this truism. In fact, most governments behave as if money, like water, is a scarce commodity. Why?

The answer, I believe, has to do with power. The creation of money is inseparable from the accumulation of power. Here’s an example. Suppose that I’m a king who claims the sole authority to create money. And suppose that everyone in my kingdom accepts this right. I create hordes of money and use it to buy all the land in my kingdom. I put the landed aristocracy out of business. And in so doing, I put all the citizens under my command. Everyone, in effect, becomes a state employee. It’s the totalitarian dream — an entire society unified under a single hierarchy.

This tale is, of course, a fantasy. The problem for a real king is that his subjects probably won’t accept his right to create unlimited amounts of money. There will be pushback, largely from other powerful people. The landed aristocracy, for instance, won’t want to give up their land. So they’ll oppose the king’s right to create money (and to tax it out of existence). History shows that rather than being sovereign money creators, feudal kings were in perpetual need of finance. This is just another way of saying that kings were relatively weak. They lacked the power to finance themselves.

What is true for the feudal king is true for modern governments. Like the king, governments can in principle create as much money as they want. But in practice they don’t, because there are limits to their power. When governments create money, they accumulate power, which implicitly means taking power away from other (powerful) people. The landed aristocracy didn’t want to cede control of their land to the king. And modern corporations don’t want to cede power to the government. And so these corporations act continuously to oppose government money creation.

The arbitrariness of power

I’m hardly the first to connect money creation with power. It’s been done countless times before. And yet many (most?) people still misunderstand money. Why? A good theory of money should explain this misunderstanding. Why — despite it being plainly true — do we recoil at the idea that anyone can create money, and as much of it as they want?

My suspicion is that accepting this fact is difficult because it means accepting that our existing social order is arbitrary. Those who create money do so not out of any natural right, but because of power that has been arbitrarily given to them. Nothing makes the human mind recoil like learning that the things we hold dear — the patterns and behaviors that dominate our lives — are arbitrary.