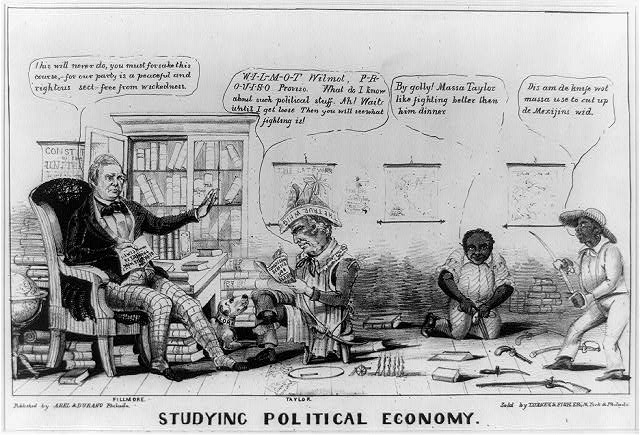 What is (Global) Political Economy?

For four years now I’ve been teaching a postgraduate module called Global Political Economy: Contemporary Approaches. This is one of two core modules for our MA programme in Global Political Economy at City. While my module deals with theoretical approaches, the other core module, taught by my colleague Stefano Sgambati, examines the history of global capitalism from roughly the nineteenth century to the present.

In the introductory lecture to the module, we discuss general matters relating to theory. What does it mean to ‘theorize’ in the social sciences? What are the hallmarks of a good theory? What do we mean by esoteric terms like ontology, epistemology, and methodology, and how do these building blocks of theory relate to one another? The second lecture then zooms in on global political economy (GPE), tracing its intellectual roots as a field of study. The questions we address in the second lecture include: what is GPE? When did it first emerge? How has it evolved over time? What are its main schools of thought? How should we narrate the intellectual history of GPE?

One resource that I’ve found particularly useful in developing my own account of the field is a chapter by Matthew Watson in John Ravenhill’s GPE textbook. Assigned as a required reading for the second lecture, Watson’s chapter charts the intellectual history of GPE through an analysis of the three main theoretical traditions that are found in its textbooks: realism, liberalism, and Marxism. Watson notes how scholars of GPE, or International Political Economy (IPE), tend to locate the origins of their field in the 1970s. It was amid the tumult of that period, manifested most starkly in the breakdown of the postwar Bretton Woods settlement, that international relations (IR) and political science scholars began to integrate insights from international economics, thereby creating this new field we now call GPE.

As Watson explains, textbook GPE, more so GPE realism and GPE liberalism than GPE Marxism, takes as its starting point the assumptions of mainstream IR, which are steeped in rational choice theory. From its anchoring in rational choice, textbook theories of GPE then proceed to locate their intellectual origins through a process of reverse chronology. The method is to work backwards and link the respective frameworks to some authoritative political economist of yesteryear. But as Watson makes clear, this reverse chronology creates all sorts of problems. It straightjackets the ideas of the classical political economists into the narrow confines of rational choice, and in doing so, leads to simplistic caricatures of their ideas. Friedrich List’s economic nationalism, with its emphasis on the ‘complex trade-off’ between long-term national development and short-term societal enrichment, offers a much more nuanced approach to state interests than the realist emphasis on power-maximization. And Adam Smith’s call for ‘bourgeois ethics’ and government regulation goes against contemporary liberal interpretations of his work, which cherry pick quotes from the Wealth of Nations to validate their own arguments about utility maximization and the advantages of unbridled laissez-faire.

Ultimately Watson is calling for a more serious engagement with the history of economic thought in textbook discussions of GPE theory. Such an engagement must work chronologically, reading the original texts and situating them in their historical context, then tracing how the classical ideas evolve and are appropriated (and often misappropriated) by the contemporary textbooks. This method yields interesting insights. When we take the history of economic thought seriously, we find not only that textbook GPE has misrepresented the classical political economists, but also that the classical political economists misrepresented each other. List presented a bastardized view of Smith, Smith a bastardized view of the mercantilists, and Marx a bastardized view of Smith. As a result, the classic political economists may have exaggerated the differences between them. As Watson explains, the potential overlaps between the various classical positions puts paid to the notion that GPE theories are ideologies or ‘self-contained, coherent world views.’

In my view, Watson makes a crucial intervention that challenges the way that the field of GPE represents itself to students. But his critique does not go far enough. One thing that Watson neglects in his account are the very different contexts in which knowledge was produced in the eighteenth and nineteenth centuries. As Bob Jessop and Ngai-Ling Sum observe, the classical political economists were pre-disciplinary polymaths who wrote, among other things, on politics, economics, philosophy, history, law, and international relations. In these pre-disciplinary frameworks the classics developed holistic theories of the capitalist society, anchored in foundational questions: What is the relationship between value and price? What is capital? And how should these things be measured? Yet by the early twentieth century, the social sciences were divided up into separate disciplines. One of the consequences of this fracturing of political economy, to use Jonathan Nitzan and Shimshon Bichler’s terminology, was that the foundational questions related to value, price, and capital, especially their measurement, were left mostly to the economists.

By the time GPE emerged in the 1970s, these disciplinary divides were firmly entrenched in academia. GPE represents an attempt to overcome these disciplinary boundaries, but does so in a superficial way. Despite all the hype around ‘inter-disciplinarity’ or ‘multi-disciplinarity,’ the compartmentalization of knowledge into separate disciplines has become so naturalized that I suspect most students are completely unaware of the pre-disciplinary origins of political economy. If one of our primary goals as educators is to demonstrate for students the contingent nature of taken for granted assumptions about the world, then it is imperative that we make this history a part of the stories we tell about the intellectual origins of the field. Awareness of the pre-disciplinary origins of political economy might even provide the basis for a new post-disciplinary approach to GPE, one that revitalizes the holistic view of capitalism and foregrounds the foundational questions of value, price, and capital.