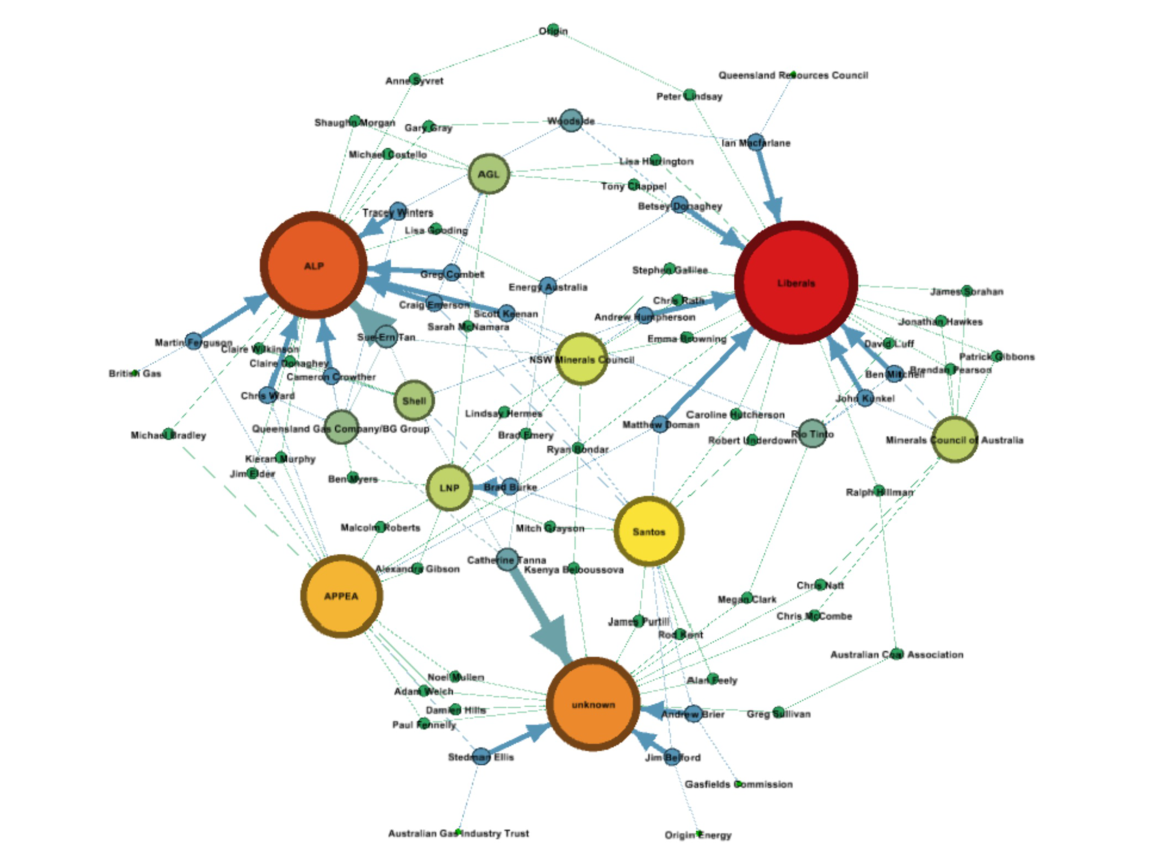 This paper argues that the ability of dominant corporations in the fossil fuel and other polluting industries to shape government policy on climate change and energy issues is directly related to their financial interests in particular countries, and emblematic of the crippling effect which they have exercised on the ability of nation states to decarbonise. Using Australia as an exemplar of the many favourable policy outcomes which powerful corporate interests have secured from successive governments in relation to climate and energy policy, it seeks to demonstrate that covert networks of political influence have played a major role in the decisions made and actions implemented in both areas of policymaking over the last fifteen years. Through detailed empirical analysis of a database of current and former senior politicians, political staffers and bureaucrats with employment links to the fossil fuel and resource extraction industries, it argues that these industries have constructed a covert network of lobbyists and revolving door appointments which has ensured that industry interests continue to dominate Australia’s energy policy, and that its emissions from fossil fuel use continue to rise. Covert corporate influence in Australia’s energy and resource sectors provides an additional layer of explanation for the persistence of structural biases in its financing, policy and regulatory regimes to those accounts which draw on different forms of discourse and policy analysis.