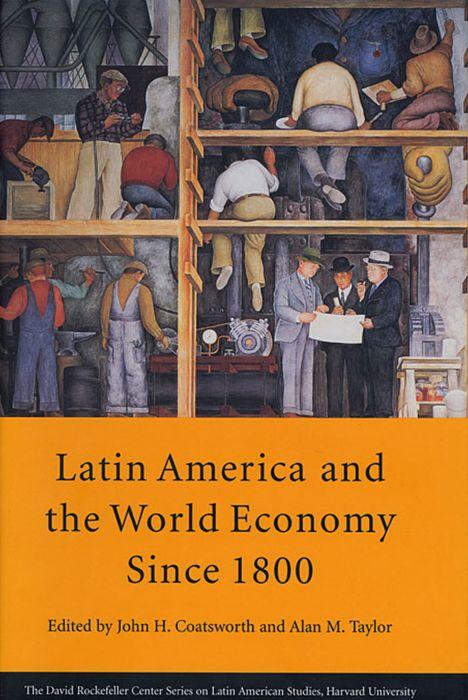 Was Argentina Really Better Off Than the United States in 1800?

When a prominent economic historian provides a new estimate of something, it is likely that the estimate will be taken at face value. Other economic historians will cite it, so it becomes reified, until it is treated as fact, even when it is little more than fancy. John Coatsworth’s estimate of Argentina’s GDP in 1800 provides an example of this.

Coatsworth (1998, p. 26, Table 1.1) claims that Argentina’s GDP per capita in 1800 was 2 per cent higher than the United States’ GDP per capita – a finding that other economic historians have repeated (for a recent example, Irigoin 2015, p. 6). Nevertheless, when Coatsworth’s original article is examined, it is impossible to see how he arrived at his figure. What is more, a major error can be clearly seen in his methodology.

Coatsworth provides two nuggets of methodological detail on how he constructed his GDP estimate for Argentina in 1800. First, in an Appendix he states:

The Argentine […] figures are based on more fragmentary evidence. [T]he GDP figures in the table are really income estimates based on extrapolations from wage data. […] Lyman Johnson’s Buenos Aires study cites an average monthly wage of 17 pesos or 204 pesos per year for urban unskilled construction laborers in the first decade of the nineteenth century, while various sources put rural wage levels at 6 pesos per month plus food rations, for a total of 76.5 pesos per year. This implies a per capita income of roughly 94 pesos for the province of Buenos Aires; using the same wage rates for the remaining provinces brings down the colonywide per capita income to 82 pesos. (Coatsworth 1998, p. 45)

Then, in a footnote, he adds:

For the predominantly urban population of Buenos Aires province, this figure multiplies the urban wage rate ($204) times the Buenos Aires urban labor force of 25,600 (assumed to be 64% of the Buenos Aires population of 40,000) and applies the rural wage rate ($76.50) to the rural labor force of 32,168 (64% of the remaining population of 50,262). According to Maeder’s account (1969, chap. 1), roughly a third of the total Argentine population (including the province of Buenos Aires) lived in towns and urban areas. Again assuming a labor force participation rate of 64% for both rural and urban populations, the same wage rates yield a per capita income estimate of $81.50. This colonywide estimate excludes the Chaco, Misiones, and the areas of the pampas and Patagonia outside European control. The per capita income of the colony without Buenos Aires province comes to $69. (Coatsworth 1998, p. 49, fn. 30)

Coatsworth provides, then, more data for Buenos Aires (population, labour force, and wage rates) than for the rest of the country. Yet, it is impossible to replicate his income estimate even the former, as will be demonstrated.

In Table 1 the numbers in bold are taken from Coatsworth’s passages reproduced above, while the other numbers are calculations. As can be seen, the numbers provided by Coatsworth lead to a per capita income of 85 pesos in Buenos Aires and it is impossible to see how he arrived at a figure of 94 pesos. His estimate for Buenos Aires is therefore inexplicable. As for the rest of the country, Coatsworth does not supply enough methodological detail to even attempt to replicate his findings.

More worryingly still, a crucial part of Coatsworth’s underlying data appears to be obviously incorrect. In the article cited by Coatsworth, Lyman Johnson (1990a) never provides an estimate of the annual income of an unskilled labourer in late colonial Buenos Aires. Moreover, in another of Johnson’s (1990b) essays that was published in the same year there was a table, reproduced below, that suggests a far lower wage rate of just 61-70 pesos for urban unskilled labourers.

If Johnson’s 61-70 pesos are used instead of Coatsworth’s 204 pesos, it makes a major difference to the overall income estimate. This is shown in Table 2, where rather than the 85 pesos suggested by Coatsworth’s data, Johnson’s numbers lead to an overall per capita income of at most 47 pesos.

Coatsworth’s GDP estimate for Argentina in 1800 thus appears to be completely insubstantial. Not only is it impossible to replicate his findings using the data that he provides, but a crucial piece of that data is refuted by the scholar who Coatsworth cites as its source. That economic historians are willing to repeat Coatsworth’s estimate as if it were fact unfortunately says much about their craft.

Irigoin, A. (2015) ‘Representation Without Taxation, Taxation Without Consent: The Legacy of Spanish Colonialism in America’, Economic History Working Papers No 227, LSE.