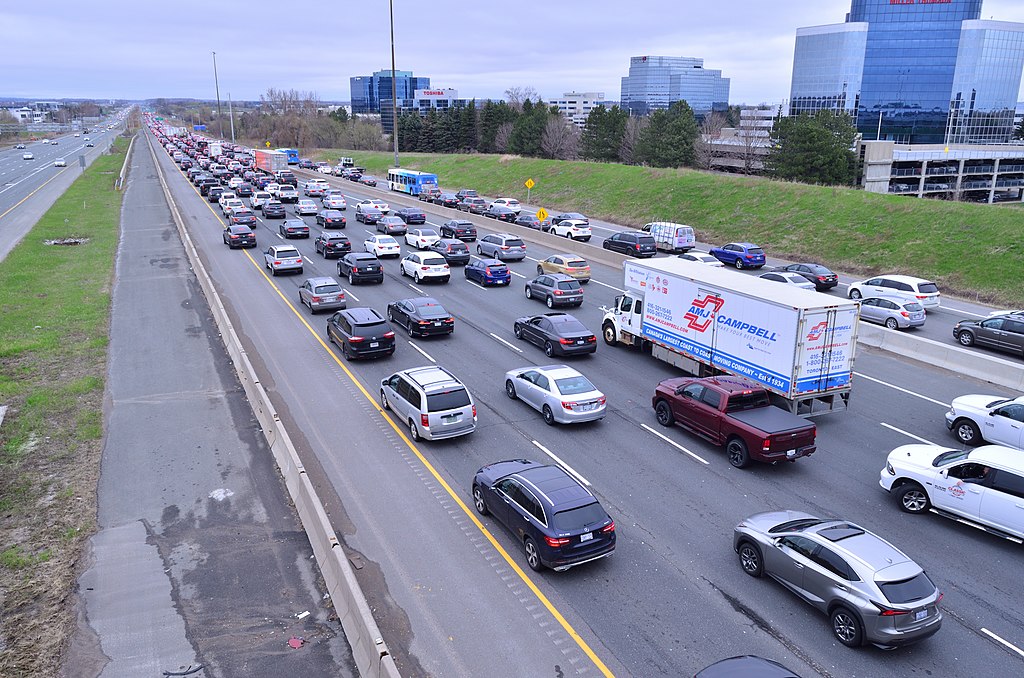 In my 2017 novel WALKAWAY, there’s a scene where the protagonists get into a self-driving car owned by a ruthless plutocrat, only to discover that it moves faster than any other vehicle they’ve ever ridden.

The plute explains that he’s done an illegal mod that lets him override the lane-change safety margins and pay fines for it – an illustration of the principle that “a fine is a price.”

It was meant as broad satire, not a suggestion.

Specifically, it was meant to satirize the idea that if you create “markets in everything” you’ll get efficient allocations – some people really want to change lanes and others only sorta want to change lanes but the lane-change slots aren’t allocated according to priority.

There are so many flaws in this idea, but the biggest one is that some people are very rich and most people are very broke and so a willingness on the part of a rich person to pay $X may indicate a mild preference, but a poor person might be indicating a strong preference.

The richest parts of London have the lowest covid rates but also the most rapid testing:

Remember when Homer charged a $1000 baldness cure that revolutionized his life to the company insurance and cost Mr Burns his ivory-handled back-scratcher?

Burns: I was going to buy that ivory back scratcher. How did he do it?

Smithers: He charged the company for Dimoxinil.

Back to Walkaway. Cyberpunk has a funny relationship with capitalism’s most ardent trufans: inevitably, the parts that are meant as warnings are read as suggestions.

Which brings me to Ford’s Patent 20200380860: “Smart Contract Formation, Handling and Fulfilment Between Vehicles.”

It’s written in the garbage legalese of all patent applications, but Patent Drop provides a handy translation: “imagine a car wants to merge… other vehicles would need to slow down, and in turn an inconvenience is created for them. Ford is proposing a system where the vehicles that need to slow down receive a payment for slowing down, while the vehicle that wants to do the slowing down, incurs a payment.”

But there’s more! Are you using a private vehicle on a route served by public transit? You stand to be compensated!

“If a light changes prematurely to accommodate a bus, this could entitle all vehicles with a certain distance of the light to a certain payment.”