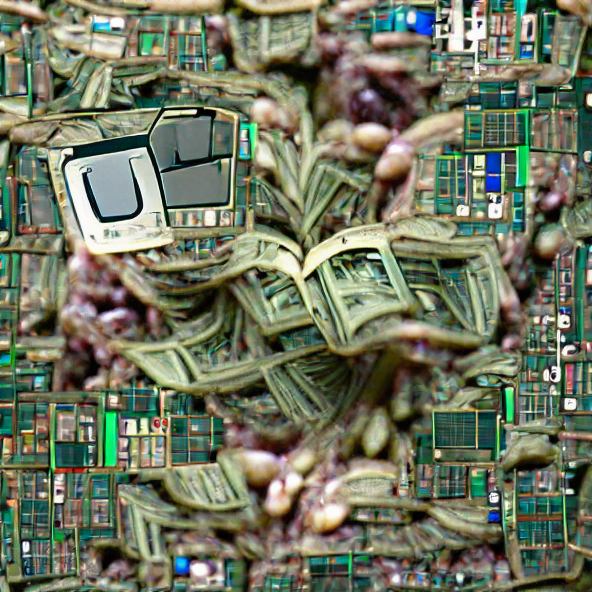 No Shortage of Profit: Semiconductor firms and the differential effects of chip shortages

Note: this is the manuscript version of an article now featured in The Mint Magazine.

Few will argue with the claim that shortages are socially harmful. Shortages, by definition, imply a lack of something – not enough stuff to go around. A shortage of food implies hunger; a shortage of electricity implies darkness. But are shortages harmful to everyone equally? And if they are not, does this mean that shortages can also be good for some?

As the US government prepares – via the CHIPS Act—to hand semiconductor firms around 50 billion USD to help solve the ongoing shortage of semiconductors, it seems worth asking how we arrived at this particular shortage, and whether the answers to the above questions can help us avoid such shortages in the future.

Over the past year, I looked into the business of semiconductors. Particularly, I examined the historical relationships between chip production, chip prices, shortages, and profits. I made some surprising findings.

First, there is a close negative correlation between the expansion of chip production and changes in prices in the US. This means that when production growth slows down, so does the rate at which chip prices fall.

Third, there is a close relationship between the appearance of a semiconductor shortage and the differential profitability of these large firms. This relationship has two salient characteristics: shortages tend to appear immediately following a period in which dominant firms trail, rather than beat, average profitability; and dominant firms tend to beat average profitability during years in which a shortage appears. In short, not only do dominant semiconductor firms tend to have significantly higher profits during shortages, but the shortages themselves do not appear to occur by accident.

How do large chip producers profit from shortages? By strategically constraining the expansion of production, chip producers are able to increase prices relative to costs. The following three figures provide evidence of this.

There is a very tight negative correlation between change in output volume and change in price shown in Figure 1 (-.91, note the inverted right scale). This suggests that as the rate of increase in production slows, so does the rate of downward shift in price. This correlation implies that semiconductor price changes have an inverse relation to changes in production volume, and crucially, that the greater the constraints on new chip production, the higher the price of chips can potentially rise.

Where Figure 1 looked at production and prices, Figure 2 compares changes in firms’ investment in new production with changes in their rate of profit. Rather than measure absolute levels, it measures these two factors differentially – relative to the average large US firm.

The logic of using a differential measure is that firms tend to judge their own performance relative to the broader business landscape, and thus differential measures are a more relevant guide to firm behaviour than absolute measures. All firms share a common goal—profit—and investors invest in firms on the basis of which ones they think will offer the highest future returns relative to all other available investments. Thus, investors and managers must constantly make comparisons, and a common way they do this is by reference to a benchmark average.

Following this logic, Figure 2 compares the rate of change in differential profitability to the rate of change in capital expenditures for the top ten US-listed semiconductor manufacturing firms, which I’ve labelled “Dominant Semiconductor Capital” (again, note the inverted right scale). The differential profitability of these firms is measured here as differential return on equity: the percent deviation of Dominant Semiconductor Capital’s return on equity from the average of the largest 500 firms in the Compustat database, ranked by total market capitalization (hereafter the Compustat 500).1

What Figure 2 shows is that there is a strong correlation between differential returns and restraint on new investment. This figure suggests that by strategically limiting production (i.e., by creating more ‘scarcity’), dominant semiconductor firms may be able to charge higher prices for their products. Conversely, if production expands too quickly, they are liable to lose control of pricing, resulting in lower relative prices and lower relative profits, and often lower differential returns.2

Figure 3—our final figure—was inspired by the work of Jonathan Nitzan and Shimshon Bichler’s work studying the differential accumulation of arms and oil producers in relation to Middle East wars.3 Figure 3 charts the annual differential return on equity of Dominant Semiconductor Capital, with labels marking years in which there was a perception of a shortage of chips.4 The shaded areas denote ‘danger zones’ when Dominant Semiconductor Capital experienced differential decumulation, or trailed the average.

If we define a ‘danger zone’ as an uninterrupted period of a year or more in which Dominant Semiconductor Capital firms trail the average return on equity, all but one danger zone between 1980-2021 ended with a perception of a ‘shortage’ the following year. In other words, the change in fortune from trailing to beating the average is almost always accompanied by the appearance of a shortage.

The above evidence suggests that there is a close relationship between the strategic limitation of chip production, differential profitability, and perceptions of a chip ‘shortage’. On the one hand, it could be that a shortage is an unintended effect of ‘over-shooting’ collective constraints on chip production undertaken by Dominant Semiconductor Capital. On the other hand, the periodic regularity of shortages and their correlation with increases in profitability suggest an alternative. Differential prices tend to generate resistance and reaction because they redistribute income. Because of this fact, the creation of an atmosphere of shortage likely plays a crucial role in justifying the rise in chip prices from which firms differentially profit.

In the 1980s, US chip producers faced increasing pressure from Japanese chip producers, who had developed cheaper, more reliable methods of producing the same chips. Unwilling or unable to compete, they turned to the US government. In turn, the government placed immense pressure on the Japanese government to drastically reduce the production of chips. One result of this pressure was the US-Japan Semiconductor Trade Agreement, which instituted price controls on Japanese semiconductors set by the US Chamber of Commerce. Consequently, Japanese producers cooperated in reducing production and increasing prices, resulting in the appearance of a severe global chip shortage in the final years of the 1980s (and in large profits for both US and Japanese firms). While this was by no means the first chip shortage to occur, the outcome of the trade dispute resulted in the creation of a highly coordinated coalition of global chip producers and national governments, organized around the control of chip production levels in the service of controlling prices. Since the 1980s, this coalition has shifted in both its power and its membership, adding new entrants, and losing others. Currently however, concentration in the industry is again at an all-time high.

While semiconductor firm executives complain about the high price of building new production capacity, it is worth measuring these claims against the actions of these firms. In particular, it is important to understand how systematic constraints on new investment have resulted in periodic ‘shortages’, to the benefit of the most powerful players. As firms like Intel make record profits, the notion that these firms cannot technically “afford” new production capacity is obviously false. Moreover, if these firms differentially profit by strategically limiting the expansion of productive capacity, then the business logic guiding firm behaviour clearly runs counter to the supposed aim of the CHIPS Act – which is to expand production. Therefore, it is unlikely that simply giving these firms more money will solve the problem of periodic semiconductor shortages.