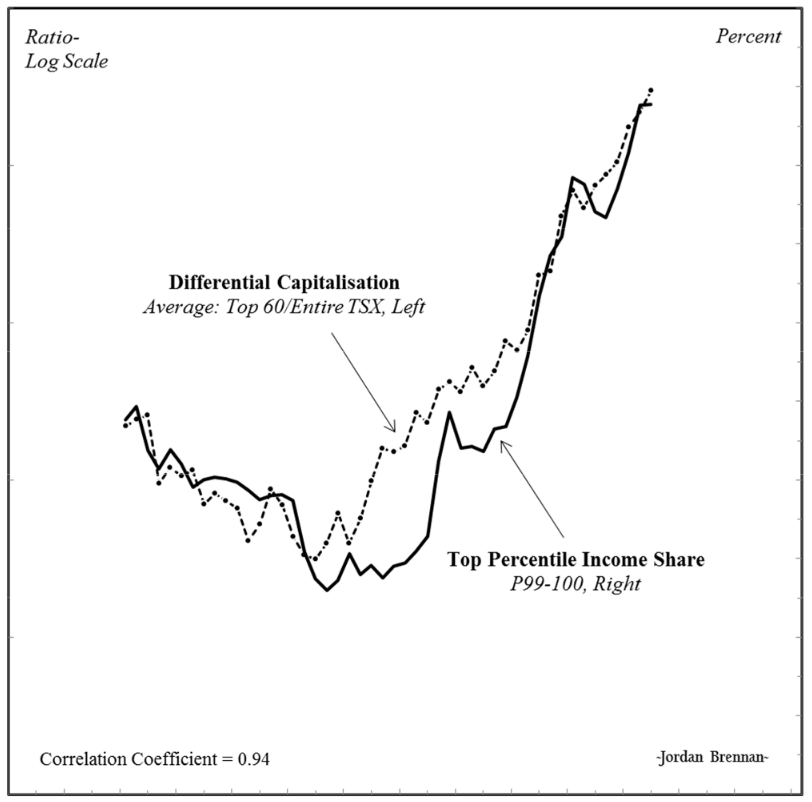 Brennan, ‘The Power Underpinnings, and Some Distributional Consequences, of Trade and Investment Liberalisation in Canada’

Criticism of trade and investment liberalisation (TAIL) in North America has drawn attention to weak economic performance, wage-profit redistribution, social dumping and fiscal pressure on government programmes as evidence that the TAIL regime has failed to deliver on some of its key promises. This criticism has been unable, however, to establish satisfactory conceptual and empirical connections between the dramatic distributional changes witnessed in the TAIL era and the institutional reorganisation of power that the TAIL regime entrenched. This article will undertake a quantitative assessment of the Canadian political economy to see who the main beneficiaries of the TAIL era have been, contrasting returns to labour and to capital in the pre-TAIL and TAIL eras. Employing tools from the capital as power framework, two pictures are painted: the first picture examines broad changes in the distribution of income and the second examines differential business performance. The evidence from this inquiry suggests that although the official purpose of TAIL was to enhance the prosperity of all Canadians, this trade deal actually represented — both in its intentions and consequences — a political-economic transformation written by dominant capital for dominant capital.

The Power Underpinnings, and Some Distributional Consequences, of Trade and Investment Liberalisation in Canada (Preprint)