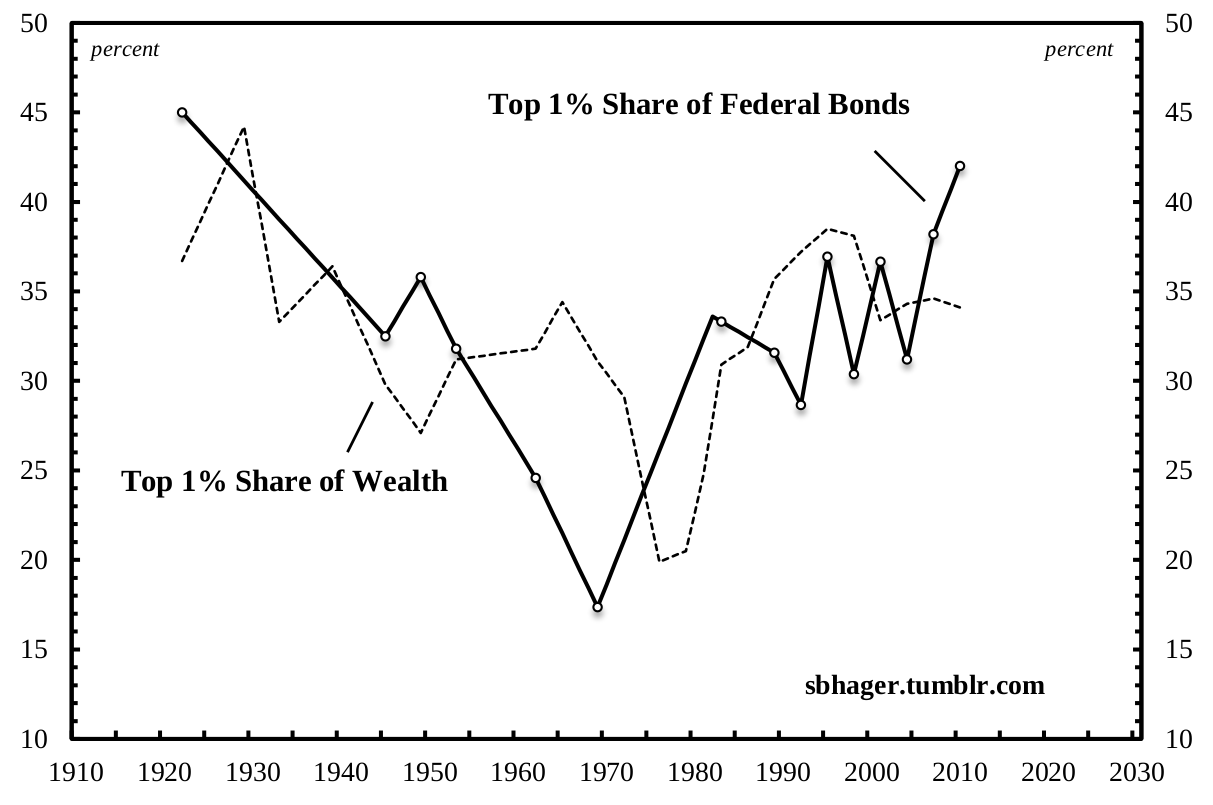 In the wake of the current crisis there has been an explosive rise in the level of the US public debt. These massive levels of public indebtedness are expected to keep growing unless there are drastic changes to existing budgetary policies. According to a recent series in the Financial Times, the US now faces a ‘debt dilemma’ over whether the country should bring its fiscal house in order through tax hikes on the rich or cuts to entitlement programs. This apparent dilemma has sparked a debate over which groups should bear the burden of debt repayment and fiscal adjustment. However, one crucial question remains unasked: whose powerful interests are served by the public debt? Mapping the share of federal bonds holdings of and interest to the top 1%, my research uncovers a staggering trend towards concentration over the past three decades and shows that federal income taxes and transfer payments have done little to offset this regressive distribution. Increases to the public debt without progressive redistributive policies are likely to aggravate an already explosive situation characterized by inequality, while decreases to the privately held portion of the public debt are likely to encounter resistance from the top 1%. This is America’s real debt dilemma.