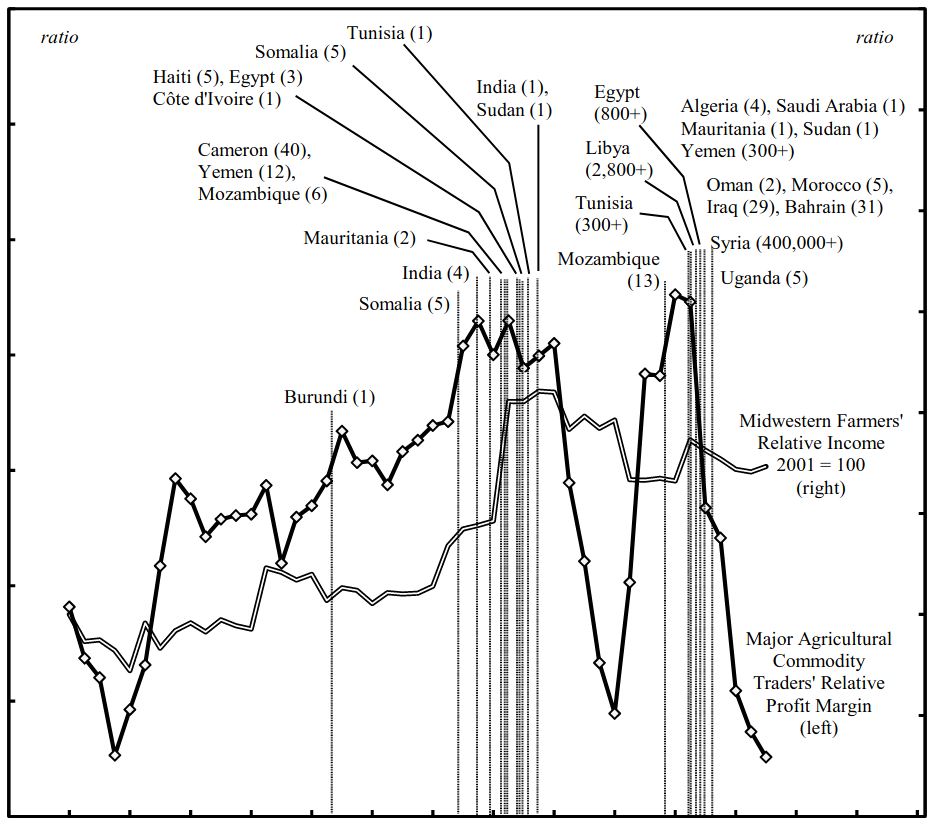 This paper considers the domestic and international ramifications of financialization and grain price instability in the US agri-food sector. It finds that during the recent period of high and volatile prices, the average income of large-scale farms reached the earnings threshold of the top percentile of US households, and agricultural commodity traders markedly outperformed other corporate groups. In contrast, small-scale farms, particularly those involved in cattle and wheat production, have struggled to manage the uncertainty brought by price tumult. The paper goes on to examine the role that these uneven distributional dynamics play in debates around how hedging and speculation should be defined and regulated in the wake of the food crisis of 2007–08. It shows that a coalition of small-scale farmers has actively pushed for a far-reaching definition of speculation and concomitantly wide-ranging curbs on what they deem to be speculative activity. Conversely, the major commodity traders and a plurality of organizations representing large-scale grain producers have called for a narrower interpretation of speculation which leaves the extant regulatory regime largely in place. With these insights, I suggest that financialization and associated price volatility tend to reinforce inequality in rural America while possibly exacerbating social instability and hardship abroad.

Accumulating through Food Crisis? Farmers, Commodity Traders and the Distributional Politics of Financialization.