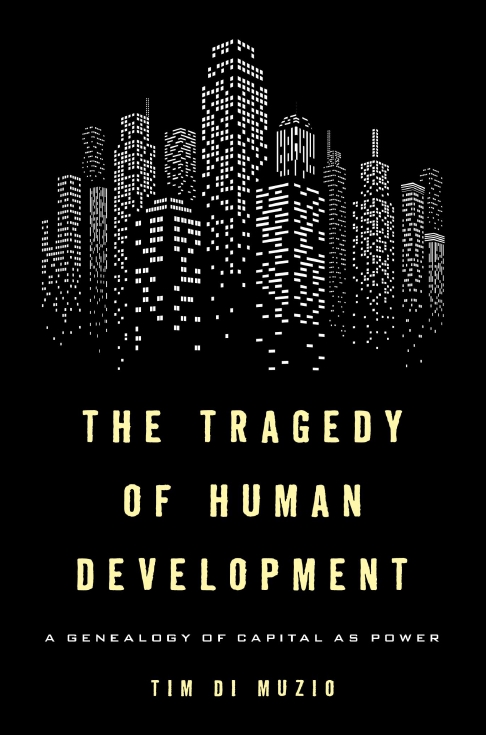 Di Muzio, 'The Tragedy of Human Development: A Genealogy of Capital as Power'

ABSTRACT
How might an objective observer conceive of what humans have accomplished as a species over its brief history? Benjamin argues that history can be judged as one giant catastrophe. Liberals suggest that this is to sombre an assessment and that human history can be read as a story of greater and greater progress in human rights, prosperity and the decrease of arbitrary and extra-judicial violence. But is there a third reading of history, one that neither interprets human history as a giant catastrophe or endless progress? Could we not say that human development has been a tragedy?

This book explores the idea of human development as a tragedy from the perspective of capitalist power. Although the argument of this book draws heavily on critical political economy, the analysis considers interdisciplinary literature in an effort to explore how major revolutions have transformed human social relations of power and created certain path dependencies that may ultimately lead to our downfall as a species. Intellectually sophisticated and readable, this book offers a provocative genealogy of capitalist power and the tragedy of human development.