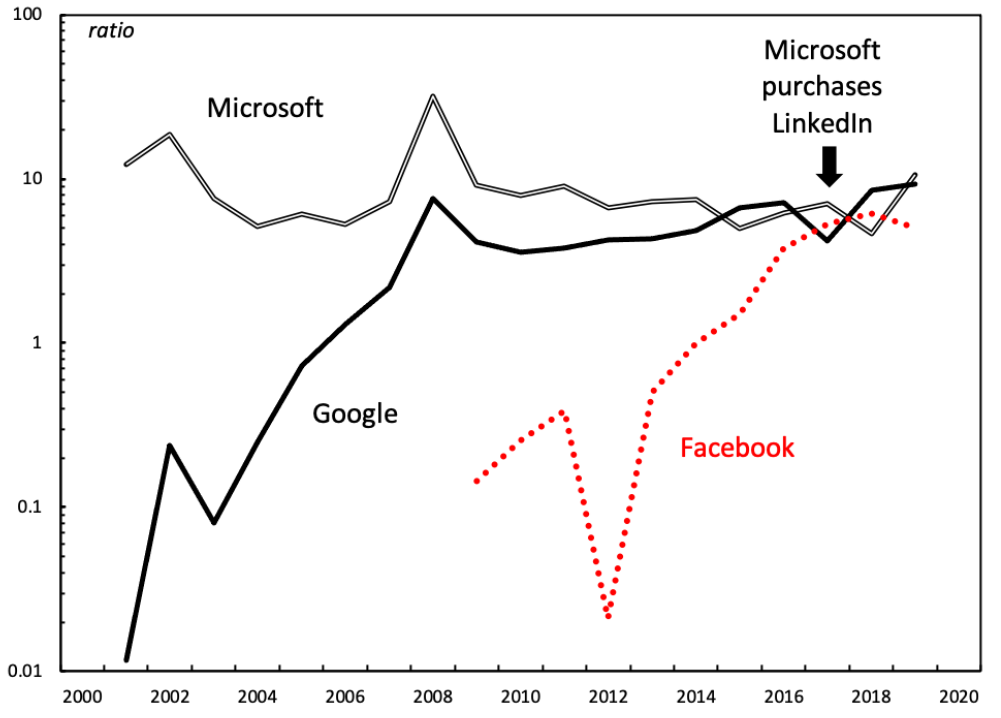 2021/01: Mouré, ‘Soft-wars: The Differential Trajectories of Google and Microsoft – a Capital as Power Analysis’

FROM THE ARTICLE: According to the capital as power framework, pecuniary earnings, or profits, are a symbolic representation of the struggle for power between different capitalist groups. In this struggle, capitalists measure their own power differentially – that is, relative to other capitalist entities. The focus on differential power, expressed in differential earnings, leads firms to try to beat an average rate of return. In order for the profits of one firm to beat the average, others must be prevented from accessing the same earnings.

In an environment with hundreds, thousands or even millions of similar sized firms, it would be difficult if not impossible to empirically isolate the relationship between shifts in power between any two firms. However, in most industries, only a handful of firms dominate, theoretically making the microanalysis of such a relationship much more feasible. It is my contention that this is largely true for the computer technology industry in the US.

Within the computer technology industry, Microsoft and Google stand out as two of the most profitable and most powerful firms. As such, it is logical to assume that in differential power terms, Google’s rapid rise poses a direct threat to Microsoft’s dominance. Moreover, in recent years both companies have expanded beyond their respective core profitable businesses, coming into more and more direct competition. [. . .] The purpose of this paper is to show that, despite the fact that Google and Microsoft currently derive the majority of their profits from separate businesses, competition between them can be empirically observed in the way each firm pursues the differential accumulation of power.