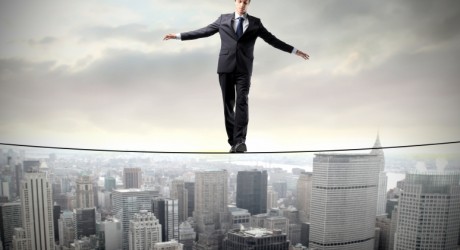 Capital as Power, risk-aversion and the avoidance of uncertainty

Mainstream critiques of contemporary capitalism conducted in the wake of the Great Recession tend to indict a number of factors. Perceived short-termism. The dangerous compulsion to speculate. An attraction to growth for growth’s sake. The propensity towards the greedy and rapid accumulation of riches.

But other critiques undermine this common narrative. These responses to recent economic events suggest instead a differing set of circumstances. Debilitating carefulness around future returns expressed in the calculated and forward-facing nature of speculation. Incredulity towards growth accompanied instead by an urge to secure a rate of return above the standard. A propensity to save and withhold investment when risks are too high and a better return can be secured elsewhere.

These characteristics defy what is commonly understood to be the case. A reimagining of the object of critique along these lines directs our attention toward fresh areas of inquiry. In my case, it has been towards how these characteristics manifest in the employment relationship.

Nitzan and Bichler are among those critics of capitalism’s underlying tendencies willing to diverge from received wisdom. They begin from the paradox that capitalists have invested less and less in recent years and have witnessed falling growth in the economy as a whole as a result. Yet they suggest that their share of national income has increased all the same. This increase in share of national income comes not despite stagnating investment and growth, but precisely due to these trends (Capital as Power, pp. 322-323).

This is because, according to Nitzan and Bichler, capital does not represent the accumulation of value determined in the production of goods and services. It represents the accumulation of power. Power is expressed through the ability to gain a differential advantage through the price mechanism. It is an index of control over the economy as a whole. It demonstrates the degree to which capital can suppress the successful growth of the economy within limited productive bounds. If productivity is given ‘free rein’, then problems of overcapacity can come to afflict the share of capital flowing to those who already own it (ibid.).

This perspective rests upon a conflict conceptually derived from Thorstein Veblen. This is that between, on the one side, ‘business’ and ‘power’, and, on the other, ‘industry’ and ‘creativity’. The crucial aspect of this is that the former prospers by actively sabotaging the latter. It deliberately does down growth to secure a return and steal a march over rivals.

What Nitzan and Bichler show is that capitalism is as much about controlling and stifling growth and creativity as it is about generating a surfeit of these things. This manifests in an unwillingness to invest. This strategy accumulates whilst militating against productivity and economy-wide success. This in turn leads to stagnation. But this shrew, spendthrift urge to control and calculate resonates in a risk-averse and uncertain quality exhibited by capitalism. It is this that forms the wider context of the very specific case examined in my research.

Evidence abounds that contemporary capitalism is increasingly risk-averse and risk-aware. The use of derivatives that contributed to the 2008 crisis has been seen by some commentators as itself a response to growing corporate risk. Other, more radical sources, perceive a lack of risk-free outlets for profitable investment pushing wealth into financial speculation. Mainstream voices associate the subsequent stagnation with the unwillingness to invest in the face of uncertainty.

Eternal factors of risk include tax rates, borrowing availability, currency conversion, and oil prices. Changes at the top and bottom of the capitalist economy contribute new aspects. Immaterial production (digital, creative, etc.) holds a hegemonic role in contemporary capitalism. This is expressed in the increasing amount of company assets classed as intangibles. The time and productivity of work involving communication, creativity and cognition is hard to estimate. Owing to its intangibility, this production is hard to measure, model, predict and value. Financialisation is an attempt to capture some sense of what this immaterial expanse is worth.

Investment in knowledge and intangibles now far exceeds that in traditional tangible outlets. The preeminent role taken by these factors increases the level of risk faced by business. This has led to strategy becoming ‘highly risk averse’. Companies hoard cash rather than investing and spending their funds on innovations. This risk aversion shores up the share prices of companies and thus secures the remuneration of directors.

Financial markets make speculative attempts at measuring the hard-to-capture wealth of immaterial, intangible production. This leads to instability and imbalance. Financialisation increases risk and uncertainty with the inflation and combustion of bubbles. But it also encourages constant mitigation of risk to please shareholders. This leads to underinvestment. Risk-averse underinvestment reduces innovation and growth, leading to stagnation. The state assumes and acts against risk, preventing the ‘creative destruction’ needed to overcome crisis.

Risk-averse underinvestment concentrates capital in the hands of those who have already accumulated. With productive avenues too risky, and underlying growth low, capital finds a better return elsewhere. These factors have bore an influence upon current debates around inequality and economic policy.

A study of risk in everyday life and work, such as mine, thus connects to the broader post-crisis situation. The merit of this research is the juxtaposition it draws between risk aversion and the awarding of a seemingly greater degree of responsibility to workers. It will be seen that, depending on perspective, the two tendencies both conflict with and complement one another. I use Nitzan and Bichler’s understanding of creativity and power to suggest that this conflict is the moving principle of creative production. The freedom to be creative is always tempered by the control and management of creativity. But this fragile balance of risk and responsibility is what drives the process. It is a foundational aspect of creative production in capitalist society, rather than some corruption or aberration.

The work of Nitzan and Bichler gives us a lens through which to view the contradiction between growth and accumulation. The conflicting principles of creativity and power make this contradiction productive. The relationship of struggle and sabotage between them has considerable explanatory purchase in this research. The theory of capital as power helps us understand the apportionment of risk and responsibility in creative freelance work. In this blog, I have focused on how it allows us to appreciate some of the wider economic context in which these processes take place. In future blogs in the series, I will focus in on the narrower and more substantive empirical topic of my research.

Thanks are due to the funding bodies supporting the research.